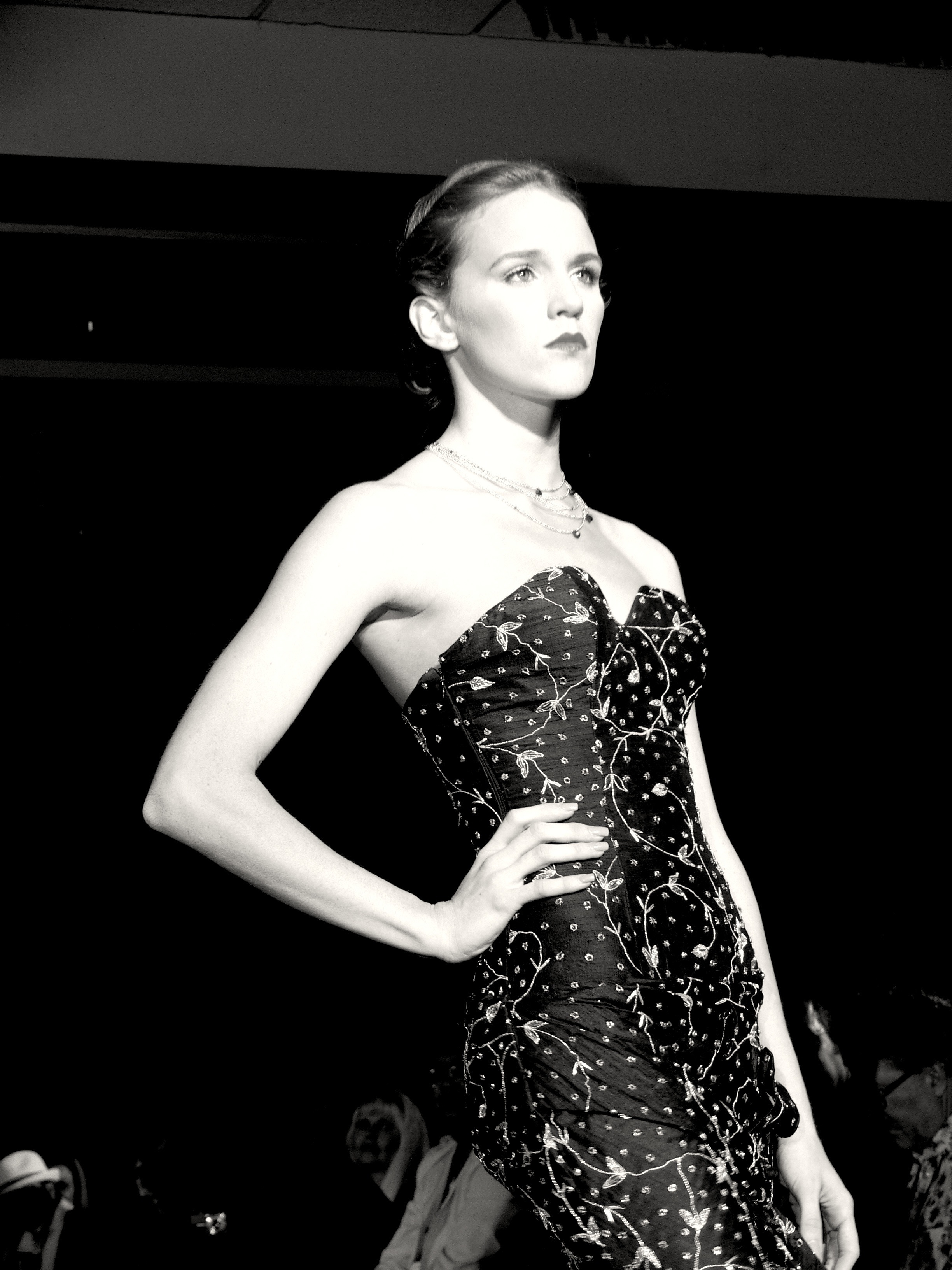 Much to the delight of Ocean State fashionistas and beyond, the inaugural StyleWeek Providence kicked off this past weekend welcoming

seven days of designer shows, installations and après-show soireés hosted at chic venues throughout the capital city. Highlighting the work of 16 designers, StyleWeek is drawing hundreds of buyers, stylists, fashion writers, fellow designers and fans since Sunday’s opening night shows which featured a collection by Karan Sabag paired with shoes by Goka Design as well as Selah D’or by Boston-based David Chum (who grew up in nearby Fall River, Massachusetts). Goka’s Brazilian-born designer, Alessandra Gold, now operates from both her Rhode Island and Miami-based offices and studios, and was known in Newport for a boutique she opened on Thames Street (her shoes are still carried locally at Laura Jean on Bellevue Avenue).  CLICK HERE to see images from Sabag and Chum; photos of collections will be added as StyleWeek continues.  Photos by Susan Duca.

Runway shows thus far have included collections from Providence-based and Queen of Hearts proprietress Karen Beebe (CLICK HERE to see Karen on The Rhode Show), Boston’s own Sam Mendoza, Sarah Prost and MadeMOIselle Boston. Coming up will be collections by RISD-grad Kelly Eident (whose I’m Your Present line has been donned by celebrities such as Katy Perry); Samuel Vartan; David Yoo for

Andrea Valentini (another RISD alum); luxury menswear by Jeff Lahens; as seen on Lifetime’s Project Runway’s season seven Maya Luz; Boston native Michael De Paulo; Providence-based Jessica Abernethy and for the much-anticipated finale, the “Ingenue” runway show by Woonsocket native Jonathan Joseph Peters, best known for his appearance of the most recent season of Project Runway. Other events throughout the week include an outdoor concert at Hotel Providence with jazz darlings Sit Down Baby! on June 9th at 5:30 p.m., the Waterplace Park Concert Series featuring Fanfarlo on June 11th at 7:30 p.m., and an all-day arts festival running the entire length of Westminster Street on Saturday, June 12th.

Learn more about all the designers at www.StyleweekProvidence.com