I had the pleasure of enjoying the spoils of the annual Museum of Yachting Classic Yacht Regatta & Parade this weekend, sponsored by Italian-designed, Swiss-made watch brand, Panerai. This year marks the sixth edition of the Panerai Classic Yachts Challenge – which has been called the largest and most renowned classic yacht race in the world (this weekend’s raced marked the final segment of the North American Challenge circuit). Since its inception in 2005, the circuit has grown to include a list of distinguished competitors. Turns out, Panerai is a natural brand to back the event as they developed its first prototype in the 1930’s for the Italian Navy.

The race included modern classics, to vintage yachts, to smaller one-designs-many with design pedigrees by Herreshoff, Hunt, Fife, and Sparkman & Stephens, but I have to concede, I was distracted by the gorgeousness of the bright green Panerai watch I spotted on the wrist of one of my companions – brushed titanium, navy blue dial, luminous hour markers – whole nine yards. The fabulous group of spectators I was joined by unanimously decided since it matched my outfit so well (call it kismet), I should don it, if just for a little bit. Being so accustom to the digital clocks seemingly everywhere; in the car, on the laptop or iPad, and of course, glaring at you from the cell phone screen, it was refreshing to revisit the elegance of a fine wristwatch. This one, I learned, was Panerai’s Luminor Marina Automatic model, and it was hard to part with it by afternoon’s end…

As for the event at hand, the champagne was popped for Overall Classic Yacht Regatta winner Joe Dockery, owner of the 1937 custom Sparkman & Stephens-designed Sonny.

For  additional regatta coverage and a list of winners by class, click the MORE link below to be redirected to the jump.

The Class winners were Equus Spirit of Tradition non-spinnaker fleet, Steve Frarys’ Kestrel took the honors of the classic spinnaker class as well as a Designers 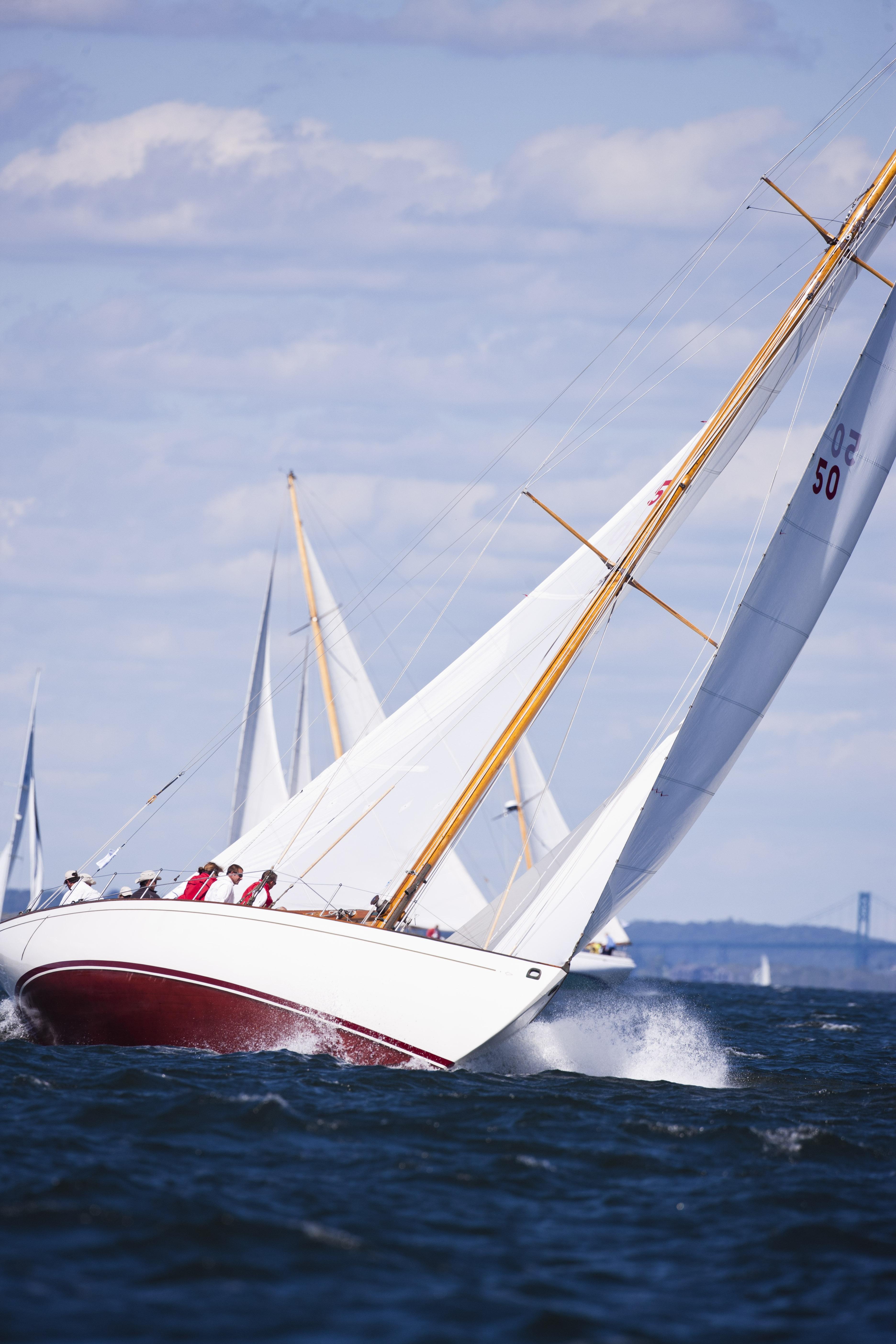 Award for best performance by a Herreshoff-designed yacht.  Sonny took first place in the classic non-spinnaker class. The Luders 24 Belle helmed by owner Joe Lougborough won the 6-Meter division, Firefly in the S-Class and Columbia in 12 Meters both took first place. The newly restored 1930 Bill Luders-designed Totem, skippered by owner Jesse Smith who placed third in the non spinnaker class, was awarded the best Corinthian Spirit of the regatta and received the trophy for the overall winner of the North American Panerai Classic Yachts Challenge, after single-handedly sailing to Nantucket to win the prestigious Panerai Regatta timepiece at the Opera House Cup two weeks ago.  The highlight of the evening was the award for the Overall Classic Yacht Regatta winner with the presentation of the rare 2010 Panerai Radiomir Regatta 1/8th second Titanio – 47 mm watch, which was won by Joseph Dockery, owner of the 1937 custom Sparkman & Stephens-designed Sonny in the Classic non-spinnaker class.