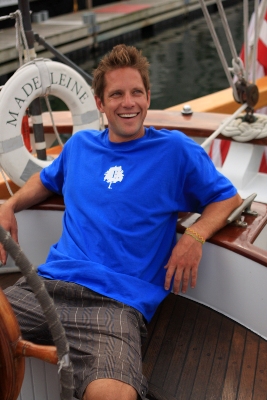 I don’t know if I’d call grocery shopping fun, but I do cap the chore with a little gossip-mag wrap up at check out (really? A Kardashian is pregnant? Isn’t that like the millionth time?) So imagine my surprise when I flipped open the current issue of STAR magazine and recognize Newport in a full-page spread.

This summer, I had the pleasure of sipping Stoli Dolis on the patio 22 Bowen’s with Chris Lambton, last season’s Bachelorette first place runner up (Bachelorette Ali Fedotowsky fell for Roberto Martinez and his seductive Latin dance moves instead). The Cape Cod native was in Newport for a photo shoot in advance of Providence appearances (where the Providence College feels at home). With family here in Newport, the teacher-turned-landscaper was more than happy 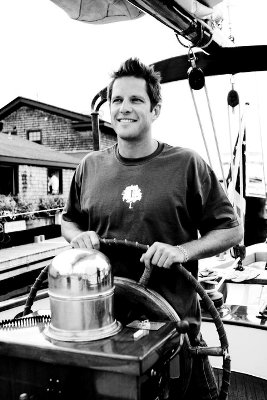 to spend some time in the City-by-the-Sea, and was  gracious with the gaggles of giggling gals who came up to the table for autographs, photos and get the reality star’s scoop. “It’s been very surreal,” he told me, adding that at least a dozen letters arrive on his doorstep daily and he’s made peace with cars slowly driving by the house, some stopping to snap pics. “Its not something I’m used to,” he blushes. “It’s just so much fun, and if people are happy…”

Lambton was jetted around town by photographer Shawna Sampson, who calls Newport “photographer’s dream location” for shoots (her images were used in the STAR spread).  “The endless exquisite backdrops – the ocean, the mansions, the sprawling greens – make it nearly impossible to chose just a few!” Shawna took Chris to Castle Hill, Battery Park and Bowen’s Wharf, calling the easy-on-the-eyes star sweet, down to earth, laid back, polite and a great catch. “Honestly, I have no idea how he is still single. Any lady would be lucky to spend time with him,” she says. “I’ve spent time with many people who are in the entertainment industry and Chris is so much different than anyone that I have ever met … He was so nice to every fan that stopped him throughout our outing, yet he never stopped saying how bizarre it was that all of these people knew who he was.” With some family here in Newport, says Shawna, “don’t be surprised if you see him around town, maybe grabbing something sweet from The Cookie Jar!”

Photographer Shawn Sampson can be reached at shawna_sampson@hotmail.com

Previous Post: « (Covering) Bottoms Up! Drinks on Us Comes to O’Brien’s
Next Post: The Look: Rib & Rhein »