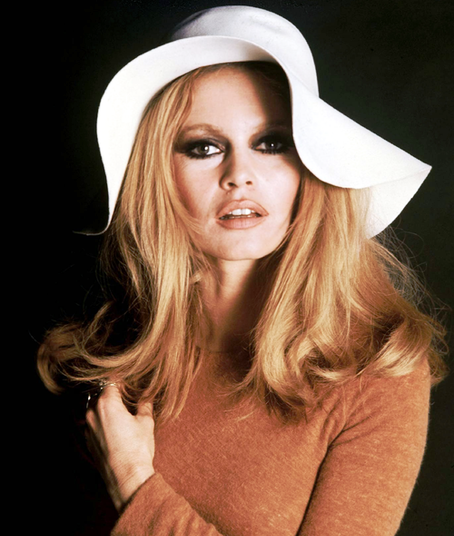 In January, I was delighted that designer Kara Wickman offered to dress me for the StyleWeek finale 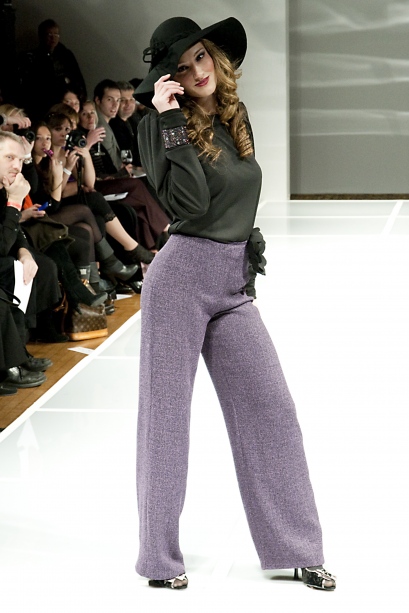 featuring Project Runway alum and Providence’s own Jonathan Joseph Peters, the divine Daniela Corte (who is over the moon about having one of her bikinis featured in the just-released Sports Illustrated swimsuit issue), and textile designer Joseph Aaron Segal. I saw Kara’s show a few days before and adored the look pictured at left–the flowing blouse, the tweed trousers and chic accessories, none more fantastic than the floppy felt hat. Kara told me the hat was the addition of the event’s stylist, Christina Pierce.

Since then, I’ve been on a lighthearted hunt for a similar hat. Of course, some Newporters will indubitably correlate floppy hats with Mia Farrow’s portrayal of Daisy Buchanan in the 1974 film adaptation o

f The Great Gatsby filmed here in the City-by-the-Sea. Brigitte Bardot also rocked the look, as evidenced by the shot at top. And last month, when I was in New York for an event during Fashion Week, it seemed fabulous floppy hats were everywhere. 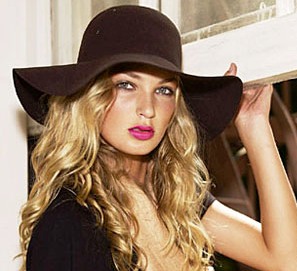 I found some online at AmericanApparel.com for $40, but with spring around the corner, I didn’t bite the bullet. Instead, I’ll be checking out local vintage shops, like Vintage to Vogue on Lower Thames Street and Closet Revival on Broadway, and I’ll see if the gals at Karma have any fun head-wear. Think about picking up a little something fun and funky for the season ahead.