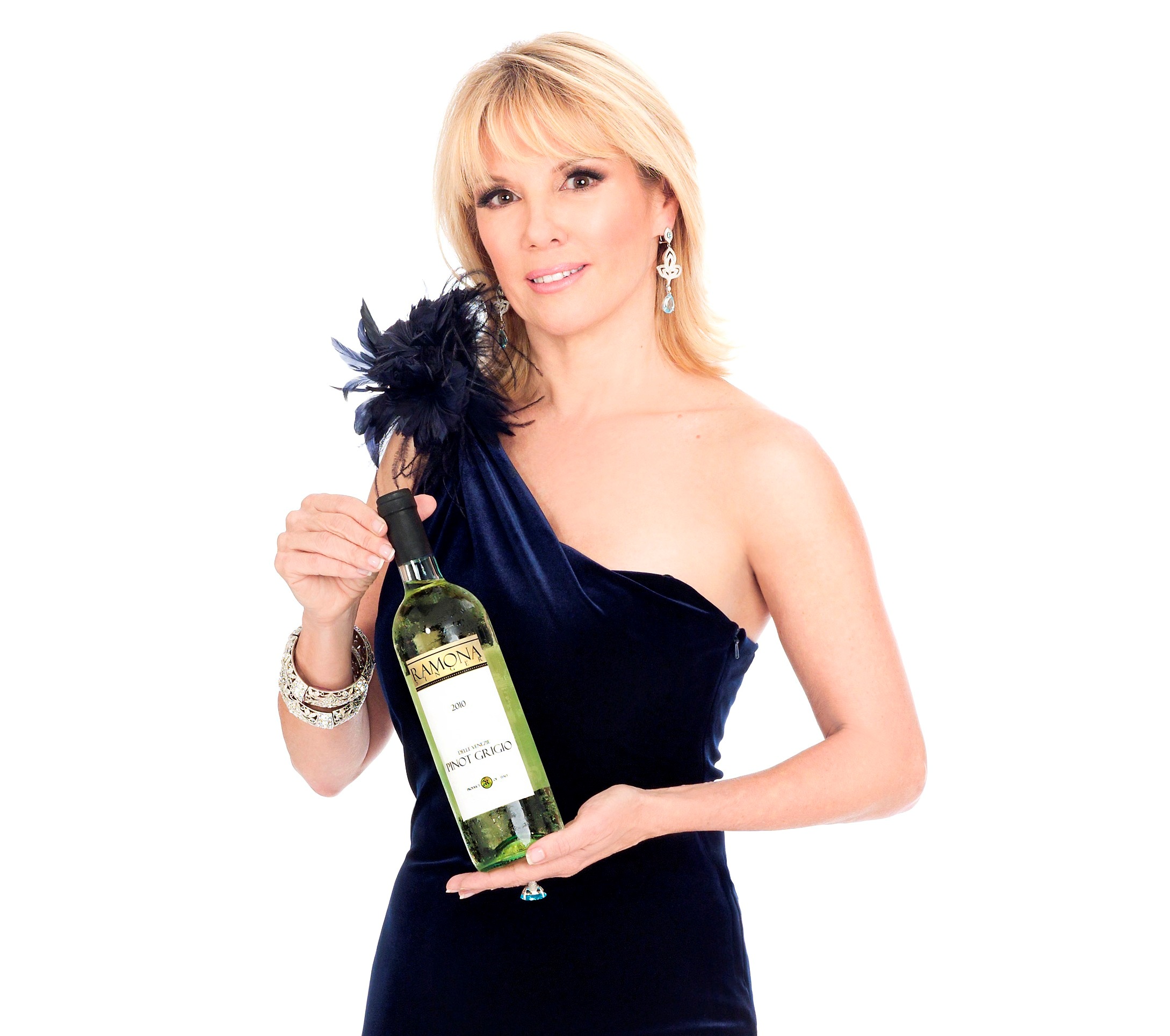 “We had the best time there!” Ramona Singer told me, reminiscing on her sojourn in Newport last summer. And she stayed here in style, aboard the 145-foot luxury motor yacht Lady Sheila with her family as guests of a friend. The mile-a-minute wife, mother and entrepreneuress behind Tru Renewal

skincare, True Faith jewelry, and Ramona Singer Jewelry for HSN is best known for her role on the wildly popular Bravo reality series, The Real Housewives of New York City (she gives us a little teaser of the new season at the end of this interview). “I’m a maven at what I do,” she gushes. “I believe to be successful, you need to love what you do.”  So Singer has added yet another passion-meets-venture to her already impressive line up: wine. Pinot Grigio, as longtime Housewives viewers know, is Singer’s libation of choice. “Turtle Time!” Singer’s song and dance in homage to the vino when living it up in St. Martin, has become her signature moniker. Singer said she’s tried a lot of brands, but had yet to find an absolute favorite. “Personally, there was nothing I loved out there,” she told me. “Lots that I liked, but not that I loved.”

When fans would ask what her top pinot was, not having a definitive answer inspired Singer to create her own vintage with Opici Wines. “And the best Pinot Grigios come from Italy’s Venezia region,” she explains. “Basically, to me the most important thing was for the end note to have no bite—you know how sometimes there’s that…just lingering aftertaste? I don’t like that,” she explains. “Ramona Pinot Grigio is crisp, refreshingly fruity, and you can drink it with anything,” she describes. “And it’s a natural, low calorie drink.” A 4oz. glass, she notes, is less than 90 calories. “I’m so neurotic about perfection when it comes to what I do,” she told me, to the point where she ensured in the making of Ramona Pinot Grigio would taste extraordinary in almost any circumstance. “I mean, I want it to be room temperature and still taste good!” The wine is currently being distributed in the tri-state

area with plans to expand to Rhode Island and beyond. (It retails for $14.99, and Singer asked me to tell readers to ask their local beer/wine/liquor stores to carry her wine.)

For now, fans will have to get their fill of Ramona when the fourth season of Housewives begins, “Thursday, April 7th at 10!” she sings.  “I’m telling you, this will be the best season ever. Last year I was the peacemaker, this year I become ‘Ra-motional!’ There are scenes in Morocco that are better than Sex in the City—really full jam packed!”

As for Newport, where last summer she played on the grass courts of the International Tennis Hall of Fame and enjoyed Cliff Walk, The Breakers, went jet skiing and raved about local shops and restaurants, she’s planning her return this summer, yacht or no yacht!