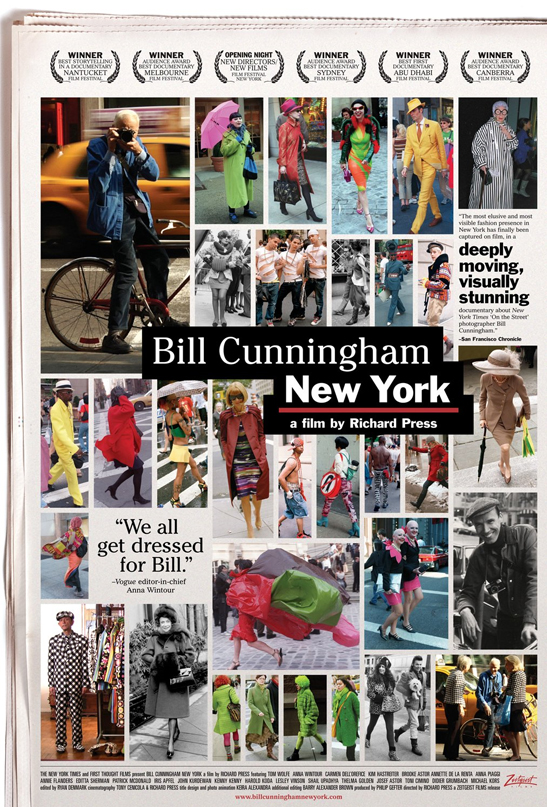 Before there were thousands of personal style and street fashion blogs (many of which I love), there was Bill Cunningham. The famed New York Times photographer is best known for riding around the Big Apple on his bicycle for the past forty years with a camera around his neck and a passion for documenting fashion trends. By night, he was charged with capturin

g Manhattanites on the social circuit for his two weekly columns in the Sunday Times.

Today, the man behind the lens can be seen on big screen in a new documentary, Bill Cunningham New York, capturing his exceptional zeal for fashion and the City. The documentary, offering a peek into this intensely private, 81-year-old’s non-stop working habits, comes to the Jane Pickens (and theaters around the country) April 1-7th. Click here for show times.