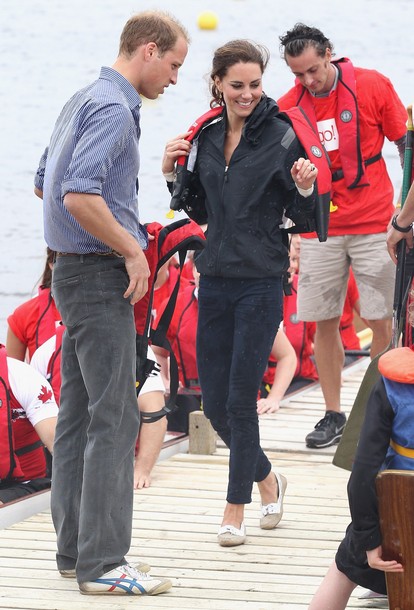 There was much ado about the royal newlyweds recent visit to North America, and while all reports were on the good will mission of the Duke and Duchess of Cambridge, all eyes were on ever-fashionable Kate Middleton. Her dresses 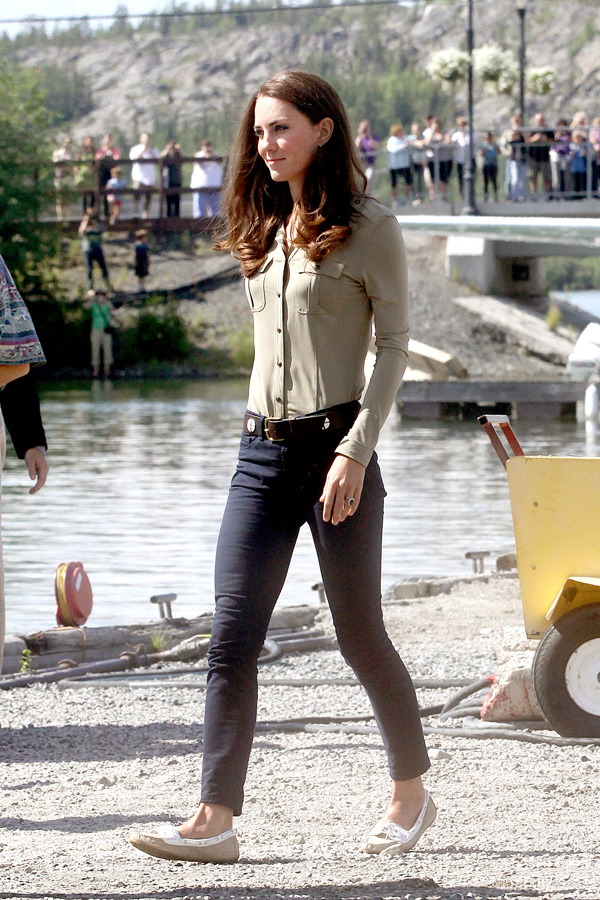 So, when I popped into by Active Sole on Bowen’s Wharf in Newport last week, I stopped in my tracks when I spotted a selection of the very same boat shoe/moccasin hybrid. The fashionable flat seamlessly blends into City-by-the-Sea style, but the Bala is selling around the world. According to a recent New York Times article, after Kate was photographed in them while on their excursion the style sold out across Britain—but they can still be found stateside, including at Active Sole, in various color combo for $80.

Deals & Steals: Sumer sales have arrived including at Jack Wills, Banana Republic, JH Breakell and Potter & Co., in addition to the annual tent sale at Team One Newport starting tomorrow (for functional, fashionable finds a lá Kate as seen above)!