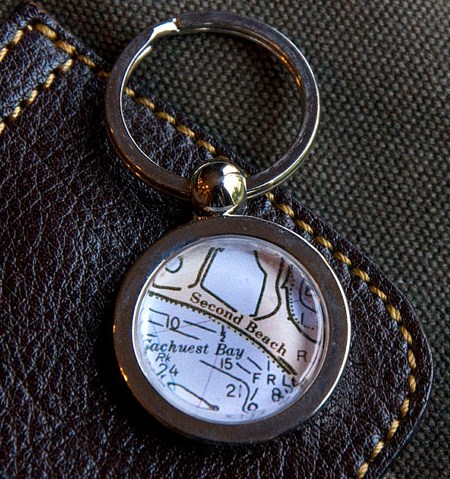 Newport-based photographer Madeline Polss, whose work has been featured in everything from local to national magazines (like, Elle!) traded landlubbing for a life on the sea nearly a year ago. But even from far off ports, the creative shutterbug has expanded her Sweet Maddie’s line of Rhode Island nautical chart pendants, earring and cufflinks, and has recently expanded to super-cute key rings, wine charms and more pendants. Stylephile originally introduced Sweet Maddie’s here, and its so exciting to see Madeline

handcrafting pieces aboard the Saralane for exotic (and much more tropical) locales.

Locally, Frazzleberries on Thames Street, Most Naturally in Narragansett and Block Island Trading Company on Block Island all carry the line, but from afar, check out Sweet Maddie’s Esty site by clicking here.