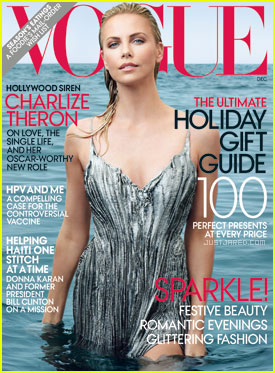 Rumors quickly swirled a few months ago that OSCAR winning screen siren Charlize Theron was in Newport for a photo shoot. Indeed the South African stunner was in the City-by-the-Sea, albeit for just a few hours, and was shot by renowned photographer Annie Leibovitz. While the crew shot for the recently released December of issue of Vogue in both Pennsylvania and Rhode Island, the winning cover shot is from right here in Newport. Click the link below for a behind the scenes look at the shoot: