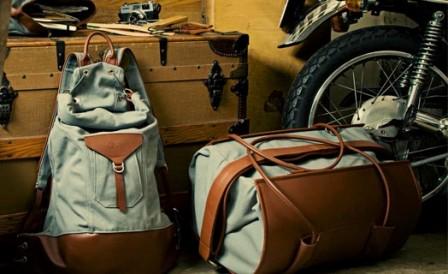 As it goes in Newport, a friend recently asked me if I had herd of George Guest, to which I confirmed I had not, but quickly followed up asking why perhaps I should have. Local entrepreneur George Keeler, an active climber and creative visionary, was just a junior at Lehigh when he conceptualized a backpack that merged his love of the outdoors with the necessity of a functional piece that could take him from mountaintop to Main Street. “The just wasn’t a bag out there that had a roll top closure that I could wear in both a college and urban setting,” he told me recently. So, rather than shrug his shoulders and strategize his next keg stand approach, he got to work, teaching himself how to sew and churning out a few prototypes. Long story short, he entered and won an entrepreneurship grant totaling $5,000 which launched the first George Guest collection (along with buddy turned business director Alexander Schultz). 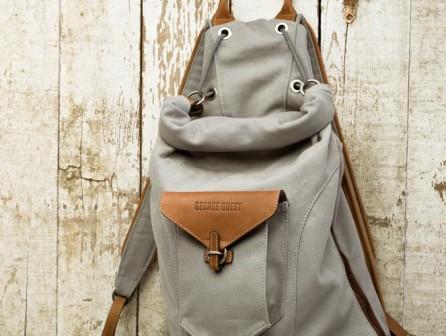 The capital became the backing for George Guest, which officially launched in 2008 with meticulously crafted backpacks that are a welcomed departure from the ubiquitous nylon packs. Its since grown to include belts and bracelets. Made in the Dominican Republic and being added to retailers coast to coast, the bags cost $265, boast unexpected durability and like other carefully crafted goods, have an impressive longevity. To learn more or order a George Guest bag, visit www.GeorgeGuestUSA.com

Previous Post: « Oh, Yes, It’s Ladies Night, And the Feeling’s Right!
Next Post: For the Four-Legged Fanatics: Paws for a Cause »