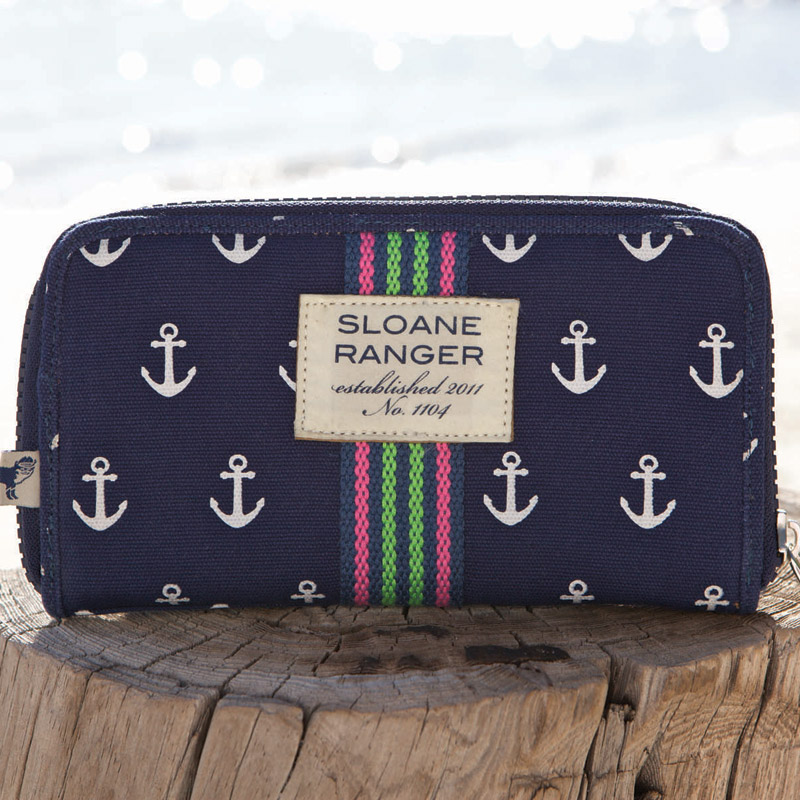 Its okay, I had no idea the Sloane Ranger was ever even missing…never heard of it! I popped into the Pink Pineapple in Portsmouth’s Clock Tower Square recently and spotted the charming printed canvas tote collection and learned the 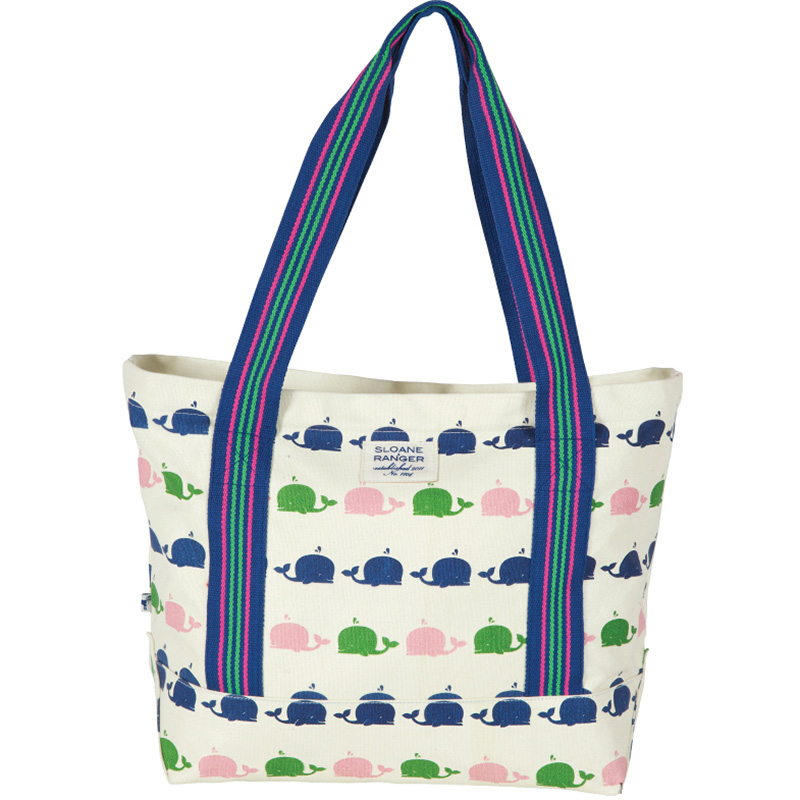 tern “Sloane Ranger” is Britain’s answer to American preppy style. In a nutshell, the U.S. has The Official Preppy Handbook (published in 1980), the U.K. had The Official Sloane Ranger Handbook (1982). Named for the trendy Chelsea neighborhood surrounding Sloane Square, a “Sloane” or “Sloanie” are London’s original prepsters.

The brand, established last year, is winning over fans with eye-catching, colorful prints featuring Scottie dogs, owls, horses, florals, and a favorite that will truly

appeal to the Newport crowd, whales and anchors! Entirely affordable (the large carryall tote is $55) at Pink Pineapple, other pieces include zip wallets and wristlets, tablet cases, duffle bags, coin purses and more.