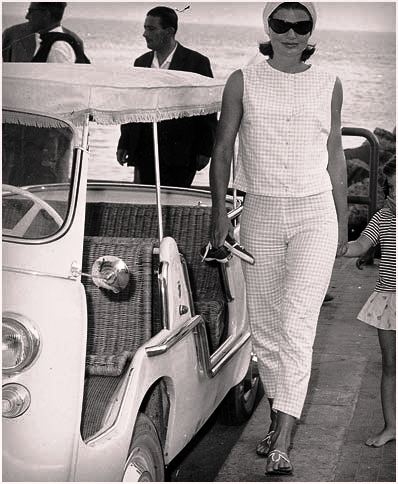 As Jack Rogers loyalists know, the brand has been a consummate favorite of the fashionably unfussy for more than half a decade. It’s most famous style icon was unequivocally Jackie O, who embraced the shoe’s simple whipstitch design and quality workmanship. (There’s a long standing debate if she wore Jack Rogers or Stephen Bonanno, some say both, and each have similarities). When I caught “Jacqueline 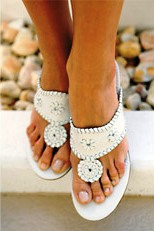 Kennedy: The White House Years: Selections from the John F. Kennedy Library and Museum,” at the Metropolitan Museum of Art in New York City (curated by Hamish Bowles, who was in Newport last summer), there was a fabulous photograph of Jackie in Palm Beach sporting Jack Rogers style shoes in a 1962 photo (the above photo was also taken in the early 60s), and many more shots caught her in the fabulous

footwear through the years. Regardless of the debate, the Navajo style sandal is timeless and enduring.

Incidentally, The Met recently recognized Jack Rogers’ heritage by initiating the brand into the permanent collection of its prestigious Costume Institute. 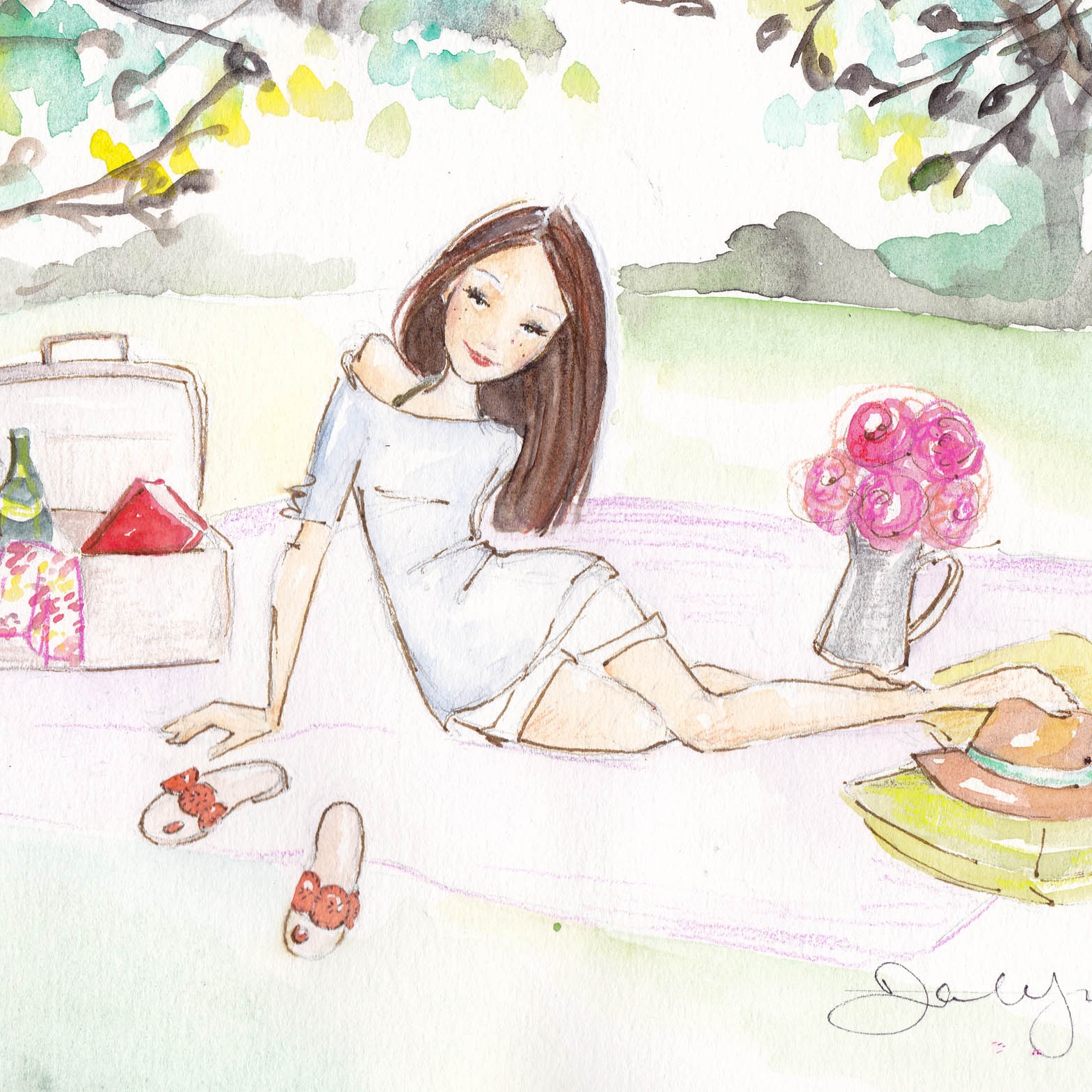