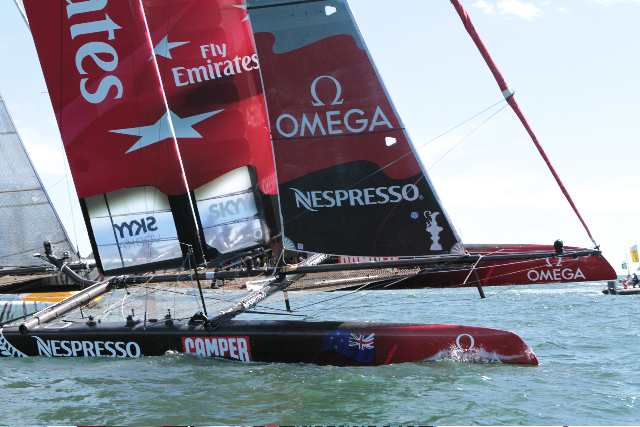 “Pinch me, I’m dreaming” moments come along every so often, and when you’re in the midst of one, you have to learn to savor every moment. That was the case this past Friday when luxury Swiss watchmaker Omega invited me with a handful of media to lunch with Emirates Team New Zealand (ETNZ) before we set off to chase the team in Day 2 of the America’s Cup World Series (ACWS) here in Newport.  To say Newport is in a

frenzy about the ACWS that has been unfolding off the shores of Fort Adams since Thursday would just about be the understatement of the year.  Each day more fans arrive to take in the heart-pumping action, and while this is the closest to shore Cup race in history with no shortage of vantage points, watching via chase boat was an out of this world experience. 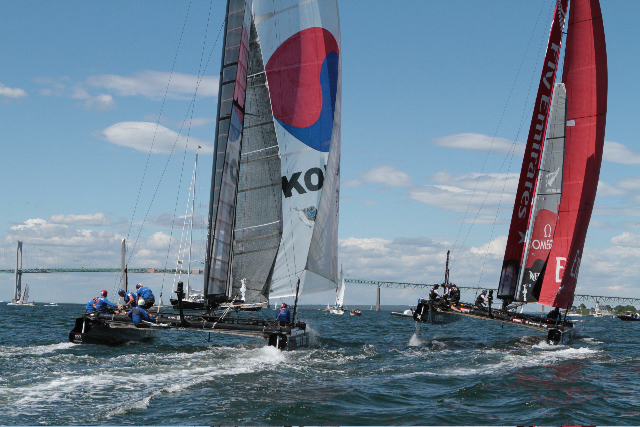 First we got a thrilling front row seat to the match races (ETNZ was unable to complete due to a calamitous capsize that resulted in significant damage). As we zipped along the course for the best views, we saw ORACLE Team USA Spithill go one-on-one with Artemis Racing (representing Sweden) with USA claiming victory, and ORACLE Team USA Coutts defeat Luna Rossa (representing Italy), best known for its bold Prada sail. 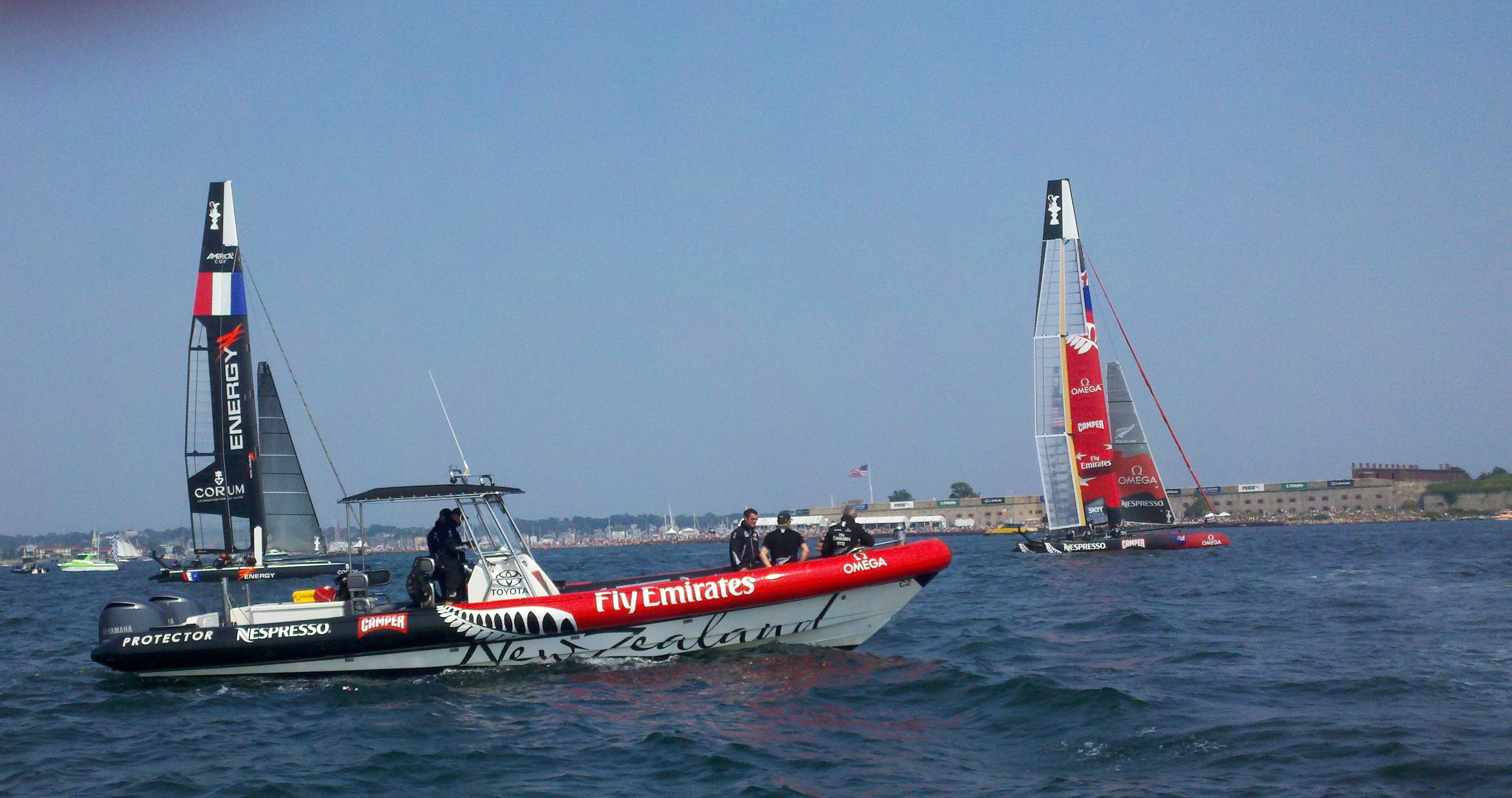 Our main event, the eight-team fleet race, brought ETNZ back into the fold. At the green flag, the boats were off, and each 45-foot catamaran quickly gained speed, jostling for the best position as fans from land and sea cheered on. ENTZ and ORACLE Team USA Spithill were soon in a showdown, but Spithill edged out ETNZ with rival skipper Dean Barker at the helm.

After the race, we sat down with Barker (sporting a sleek, apropos Omega timepiece) who said sailing in Newport has been outstanding. “The people of Newport have such a passion for sailing,” he said, adding that the ubiquitous America’s Cup memorabilia found in restaurants, bars and throughout the city serve as a constant reminder of Newport’s sailing spirit. After spending the day with the Kiwis, I’ll be rooting both for them and the team USA boats throughout this exciting World Series.