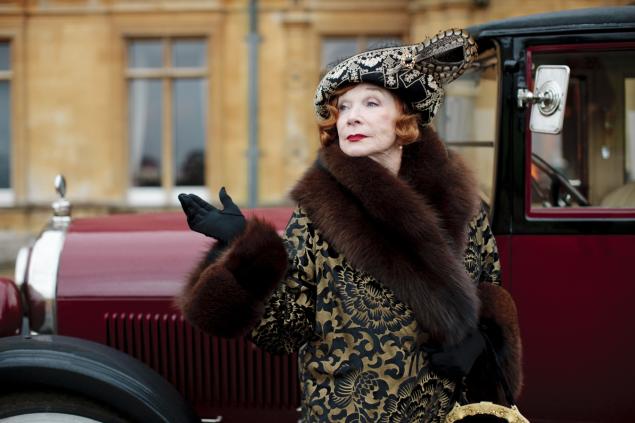 Debuting its third, highly anticipated season to a widely-growing American fan base, last night’s Downton Abbey introduced Martha Levinson, the mother of Cora, Countess of Grantham, a deep-pocketed Yankee who refers to her Newport home throughout her stay at Downton. Played by Shirley MacLaine, Martha and her “modern 1920 ideas” crossed the Atlantic for the nuptials of Lady Mary and Matthew Crawley, raising English eyebrows with her sharp tongue and demonstrable disdain for class consciousness and ceremonial tradition. (Of course, there are plenty of other sub-plots unfolding throughout the Crawley family upstairs and the staff downstairs that run the daily doings at Downton.) 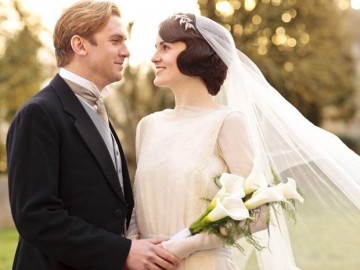 Life of rich and more rich had their similarities here in Newport. The New York Times featured the story of James Silvia, a footman who served explorer Alexander H. Rice in his Newport mansion (Bellevue Avenue’s Miramar, which sold to the current owners, the Ford family, for 17.15 million in 2006) as well Rice’s Manhattan town house.  Read about Silva’s memories as a staffer by clicking here. You can also get a sense of downstairs doings on The Elms’ Servant Life Tour (click here). And Women’s Wear Daily drew parallels to the international mega-hit and Newport (click here) in a feature this past August.

Rhode Island PBS will premiere Downton Abbey Season 3 on Friday, January 18 at 9 p.m. Catch an encore of Season 2 on January 11 with a two-hour special featuring the reunion of Lady Mary and Matthew and his romantic proposal. (Boston PBS aired the episode this past Sunday). Check your local listings.