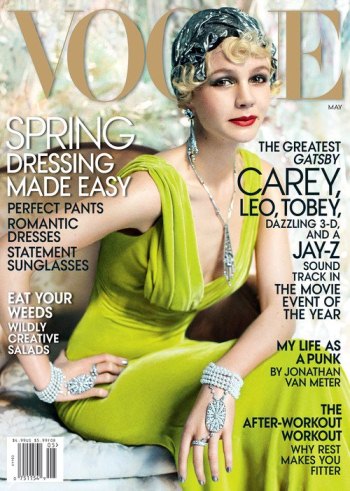 The Great Gatsby has long been on the required reading lists of American students, and  for those (like me) who are intrigued by F. Scott Fitzgerald’s tale of lust and luxury, the 1974 film starring Robert Redford and Mia Farrow is a classic. Rosecliff in Newport, where much of the shooting was done, continues to lure affluent visitors curious of the lavish Gatsbian lifestyle, and today’s discerning traveler can experience the modern Gatsby getaway here in the City-by-the-Sea . 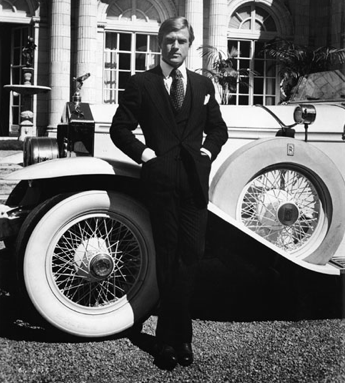 Robert Redford as Gatsby at Rosecliff

Next month, the highly anticipated re-interpretation of the tale as directed by Baz Luhrmann will debut starring Leonardo DiCaprio as the mysterious Jay Gatsby, Carey Mulligan as the ever fashionable Daisy Buchanan, and Toby Maguire as storyteller Nick Carraway. Much has been made about the fashion, and as seen from the May 2013 cover of Vogue above, there is much to celebrate. Mulligan’s Daisy had more than 40 outfits in the movie, most by Prada, and for this celebratory Vogue shoot (by Mario Testino, naturally), she dons Chanel Haute Couture, Oscar de la Renta and Alexander McQueen. 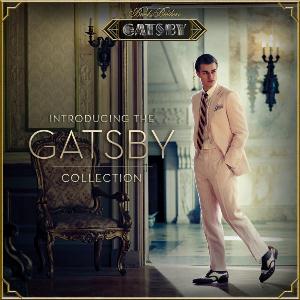 Costumes from the film (as envisioned by the movie’s costume designer, Catherine Martin) are currently on display in London, and leading brands are tipping their hat to the jaw-dropping, jazz-age designs. With much of DiCaprio’s ensembles created by Brooks Brothers (which is mentioned throughout Fitzgerald’s writings), the classic menswear clothier has fashioned a limited-edition collection to mark the movie.

At Rosecliff, you can see pieces that highlight 20th century fashion and the way designers marketed changing styles and silhouettes to American consumers. The 11 dresses on exhibit by Chanel, Givenchy and Halston, among others, are among the finest garments in the PSNC’s collection.

Among the highlights is a 1925 evening gown by Callot Soeurs of Paris.  With its straight 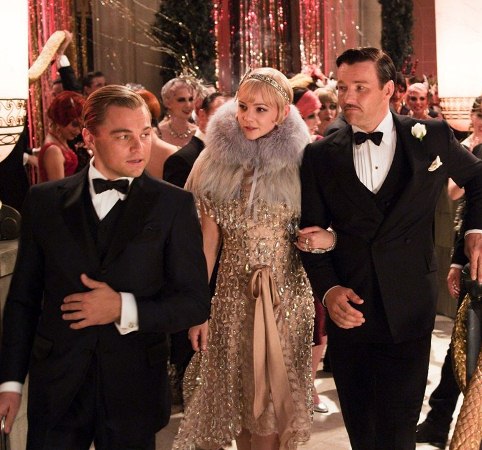 silhouette, the dress epitomizes the style of the period. The increasing popularity of automobiles and dance crazes like the jitterbug and Charleston demanded shorter hemlines and ushered in a new trend for the 1920s. Stiff corsetting and layers, girdles and bras that flattened out the figure were in.

Yesterday, the Tiffany & Co. flagship store on New York’s Fifth Avenue debuted a breathtaking series of elaborate windows in homage of the film, and an art-deco inspired line toasting all things Gatsby. 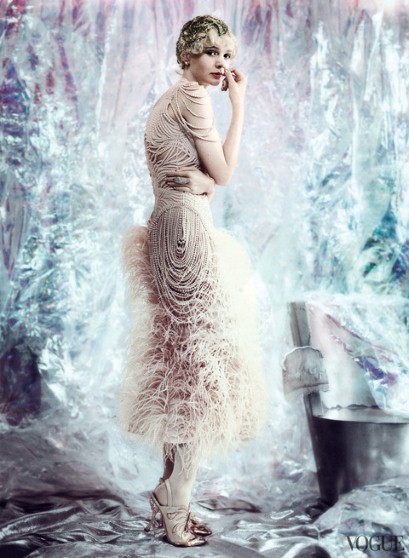 Also, as Gatsby fever starts taking hold, Vanderbilt Grace is offering a “Grace Gatsby package” featuring a 2-night stay, 2 Newport Mansion Passports (more here), sunset sail for two, a champagne breakfast for 2 each morning, a Vintage Vanderbilt five course dinner (modeled on a Vanderbilt family menu from 1912) for 2 with wine pairings, and a welcome gift.  Rates start at $1,110 per couple and the package is available from April 25 to September 30, 2013. 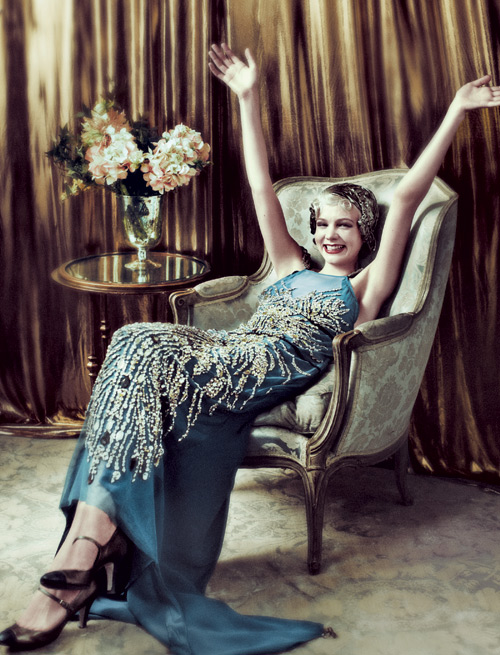