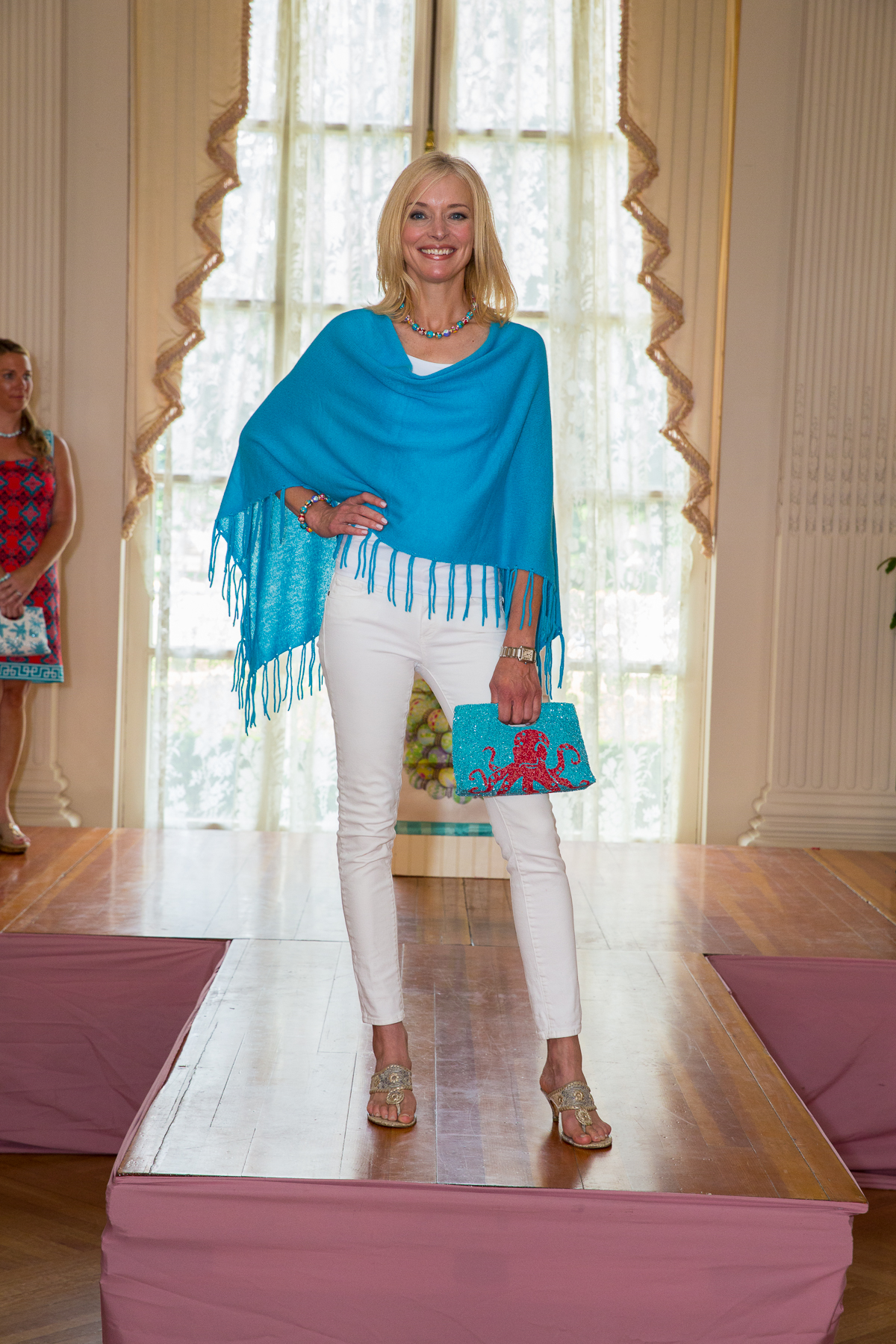 More than 200 stylish ladies (and a few dapper dudes) turned out for the 15th annual Angela Moore  Champagne Brunch Fashion Show held for the first time at Rosecliff. Upon entering via the red carpet, guests took in a special one-day exhibit, Newport Style, From Luxury to Every Day which featured outfits from the Preservation Society costume archives and represents how fashion has evolved through the ages. A vintage Oscar De La Renta gown wowed guests, while a vintage New York Yacht Club ensemble captured the nautical style that is a signature part of Newport tradition. Guests then proceeded to the fabulous loggia terrace overlooking the Atlantic Ocean for mimosas and summer drinks.

The show began with raffles generously donated by The Spa at Newport Marriott, The Preservation Society Museum Shops and autographed books from four talented Newport authors, each of whom has debuted a book this year. These ladies were invited to the stage by Angela to introduce their books: Bettie Pardee’s Living Newport, Annie Sherman’s Legendary Locals of Newport, Gail Alofsin’s Your Someday is Now and Naomi Neville’s Gracious Living.

Here’s just some of the fabulous looks (styles were shared in real time on Newport Stylephile’s Instagram and Facebook sites–are you following?) 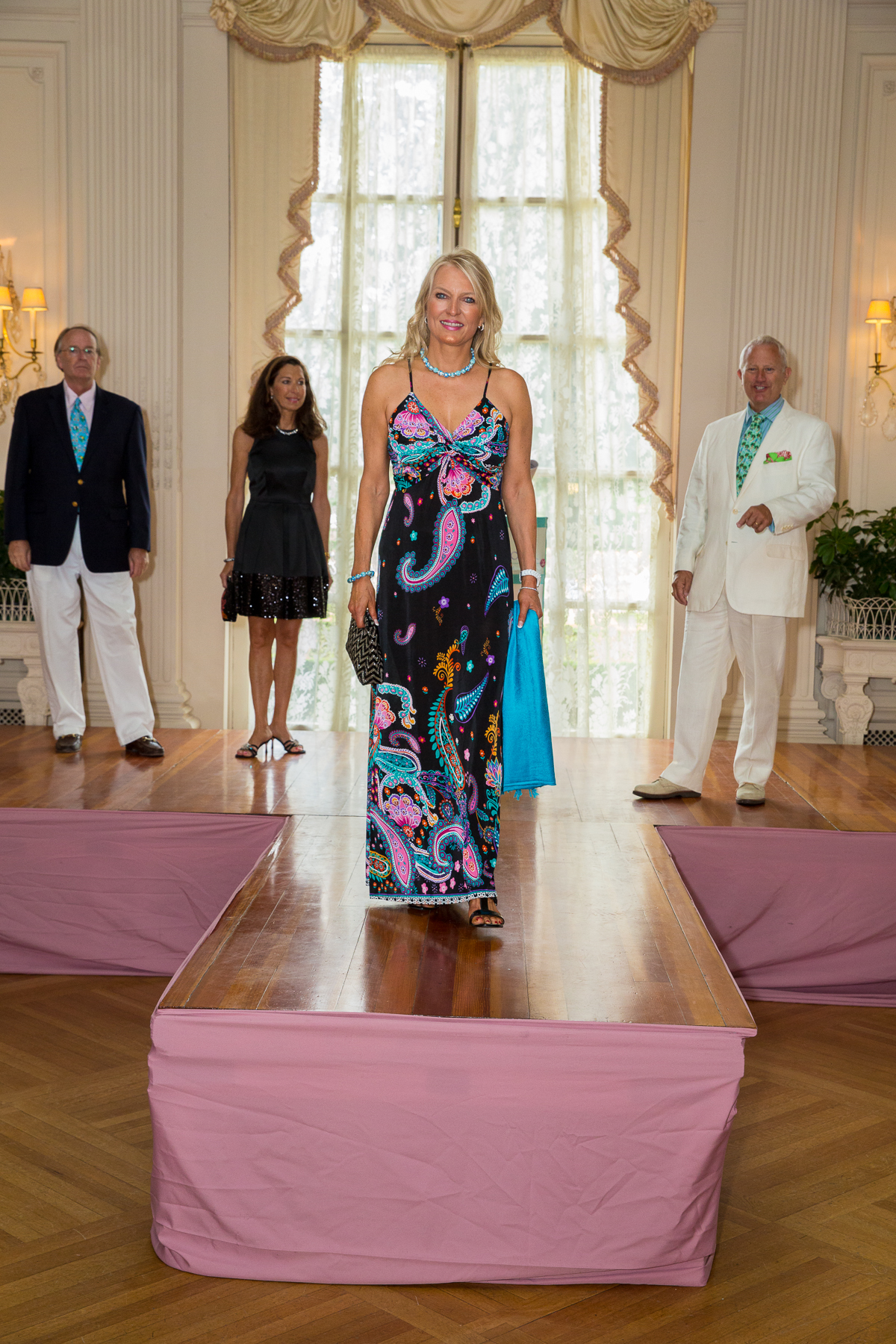 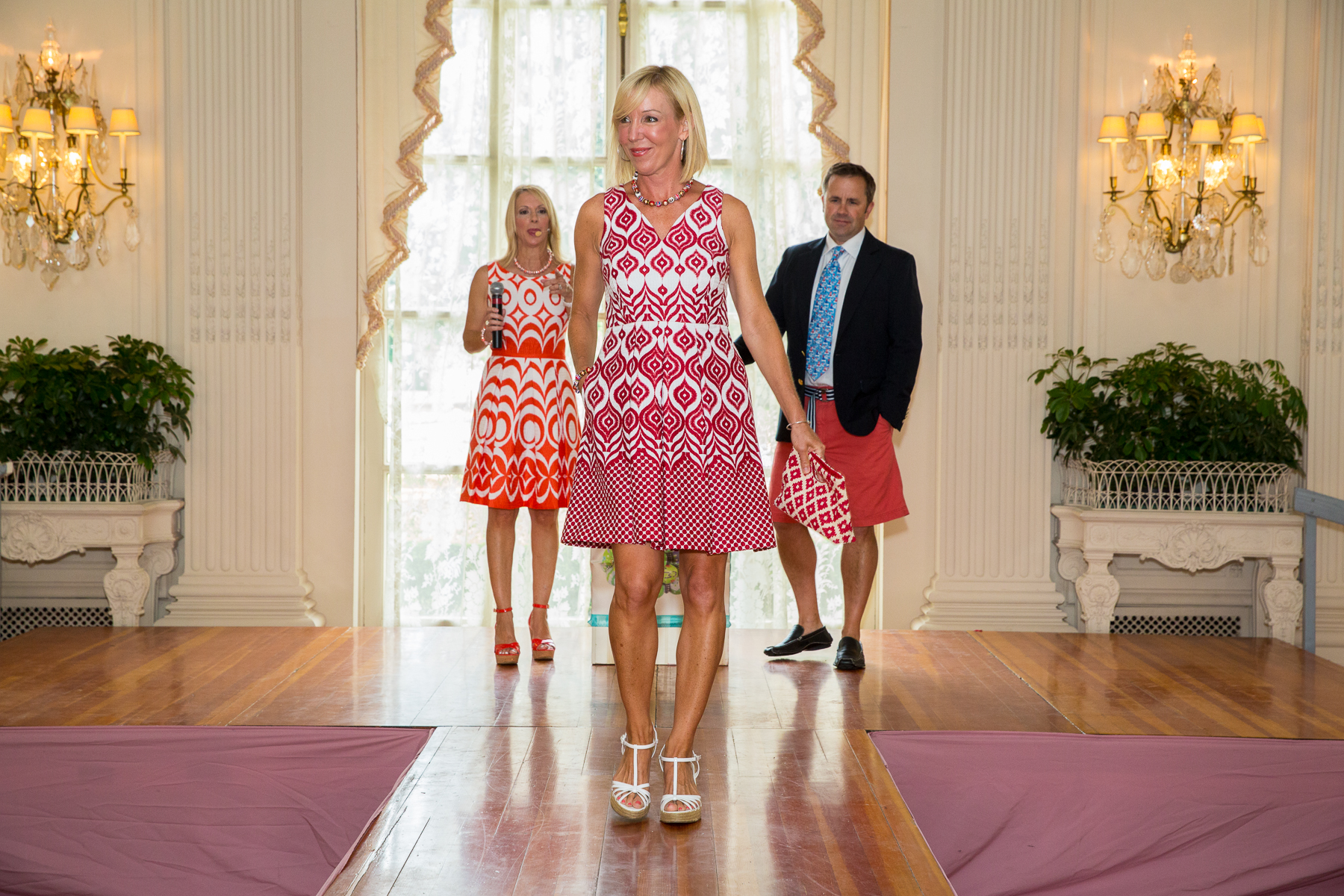 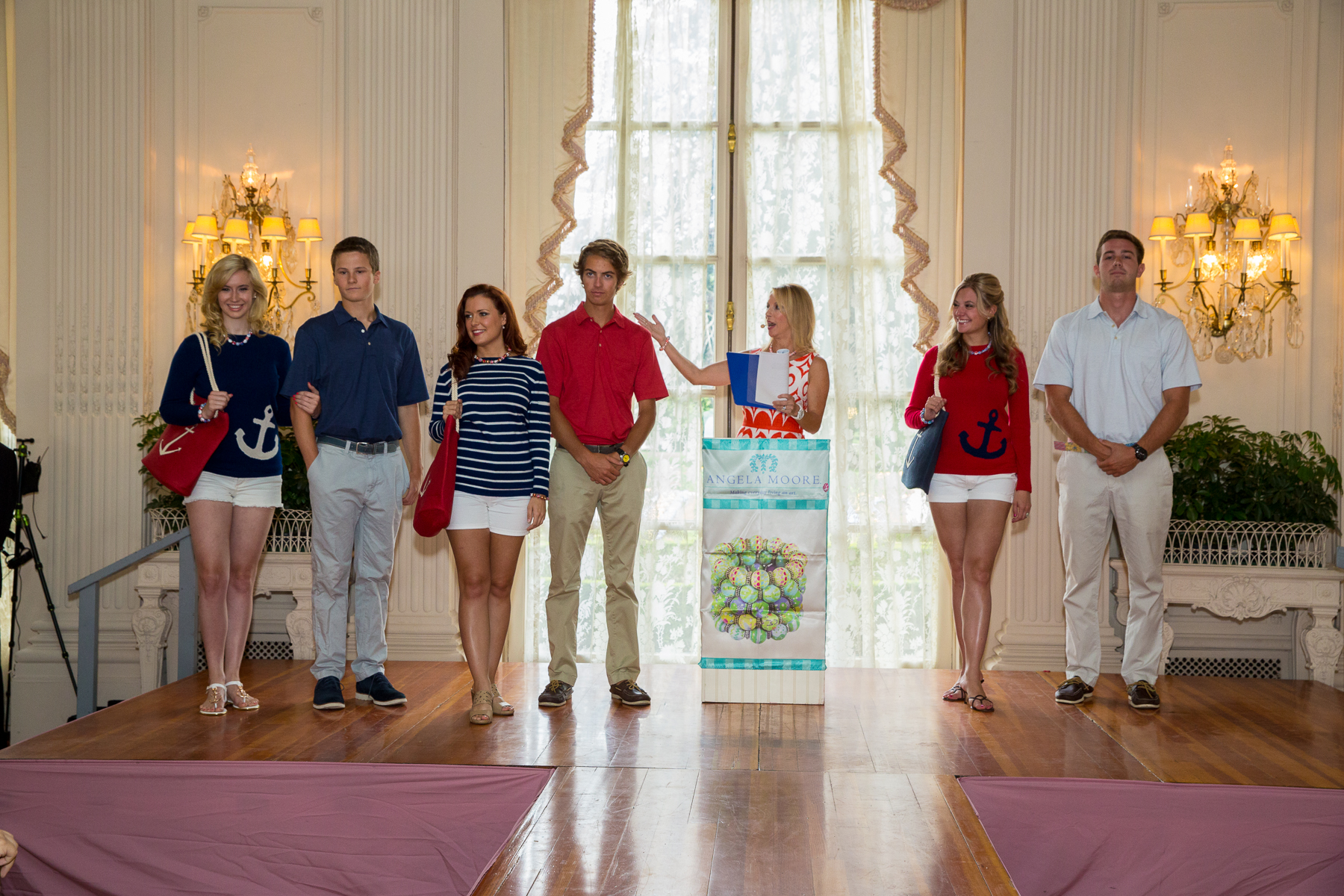 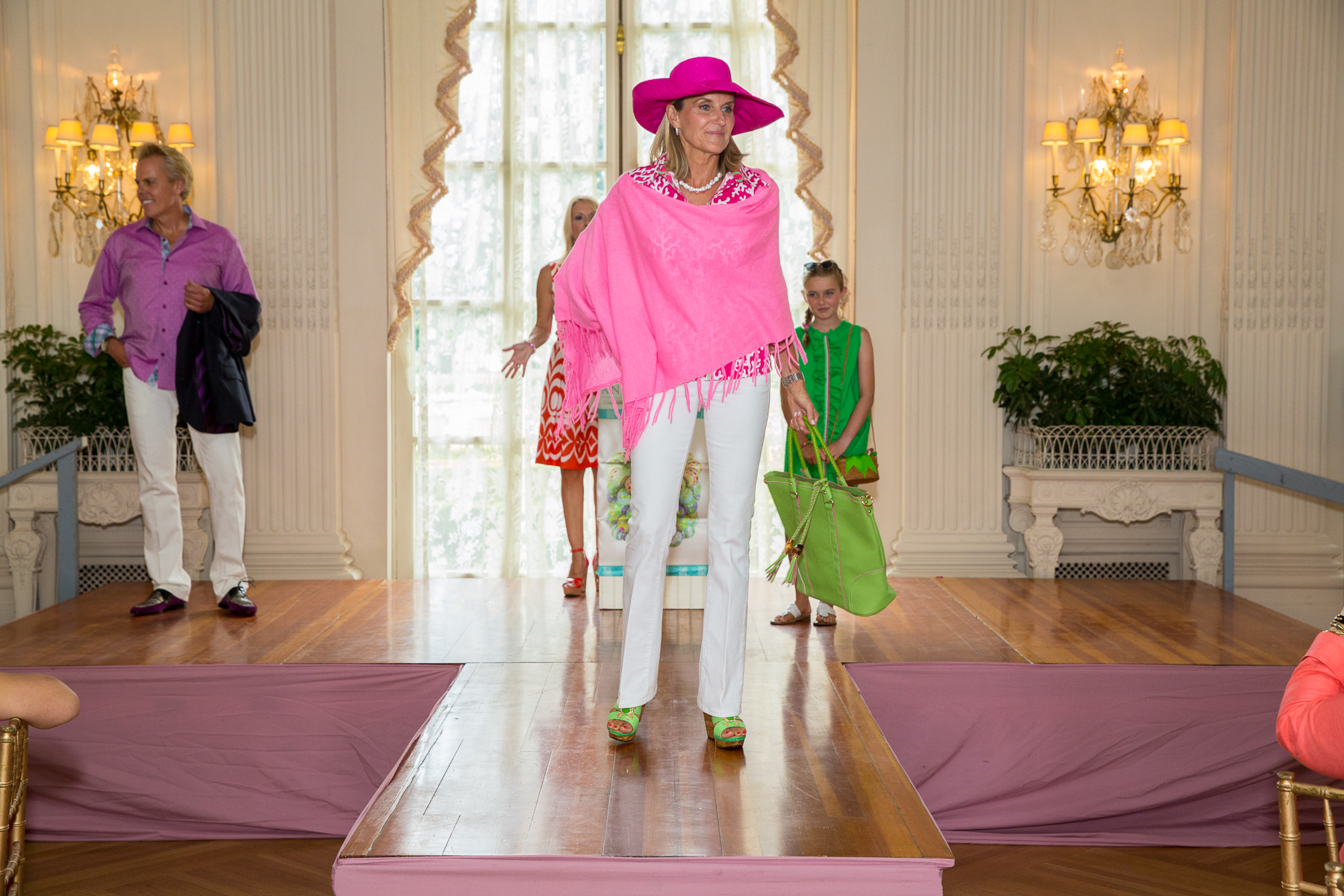 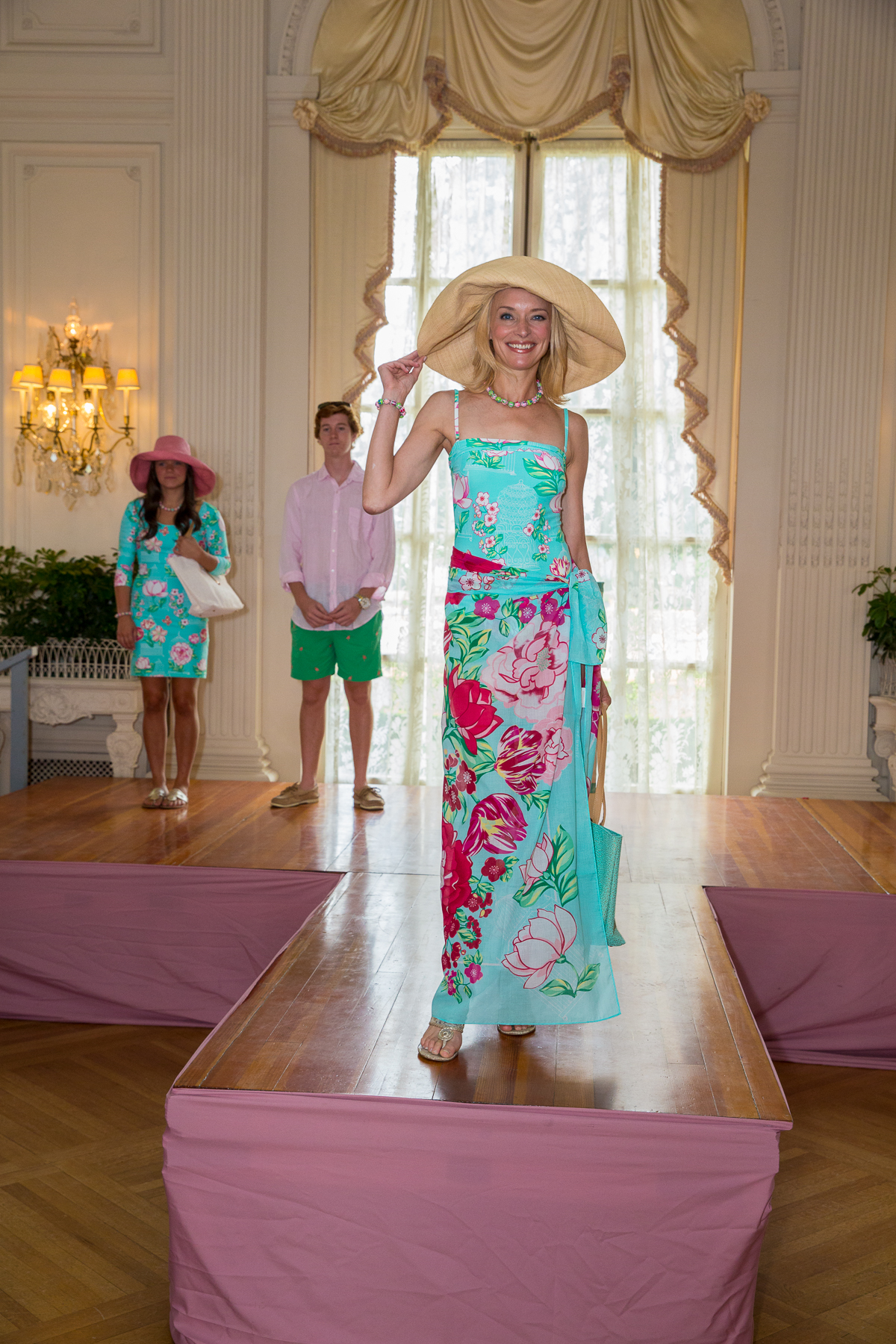 All photos by John Corbett