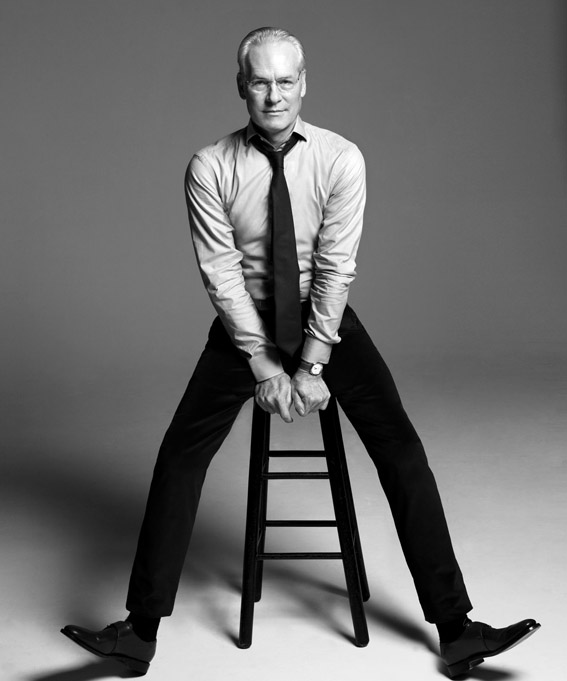 …along with about 900 other admirers of the Project Runway mentor, NYT Best Seller author, Emmy Award winner and longtime Parsons educator and administrator. Gunn spoke at the University of Rhode Island last night to an enthusiastic gathering of fashion fans who I suspect had high expectations that were exceeded beyond measure.

Gunn took the stage and immediately told the audience this isn’t something he does regularly (in other words, he’s not cashing in on the lecture circuit) and that he would be chatting for a bit about his experiences, golden rules and observations followed by a lengthy Q&A session. Some takeaways:

Tim Gunn Golden Rule #1: Take the high road. This he says is passed down from his mother. Gunn concedes he has never sent a scathing email or left a raging email that he didn’t regret later. Take the high road and in the end, he says, it will serve you well. Unless the high road is so high it gives you a nosebleed, then get off he adds.
Tim Gunn Golden Rule #2: The universe owes you nothing. You are responsible for your own success and fate. Just showing up is not enough. Gunn says he’s been in the fashion industry for more than a decade and is endlessly surprised by the sense of entitlement shown by designers, media and more.

DVF is one of his BFFs, and she likes to drink. Gunnshared a handful of adventures he and legendary designer Diane von Furstenberg have experienced together. It totally makes sense as it’s obvious the two are hard-workers dedicated to the education and mentoring students. It also makes sense that the two of them have snuck off to NY’s Tic Tock Diner (one of my favs–if it’s late night you must get the disco fries! )

Most fashion designers hate each other. 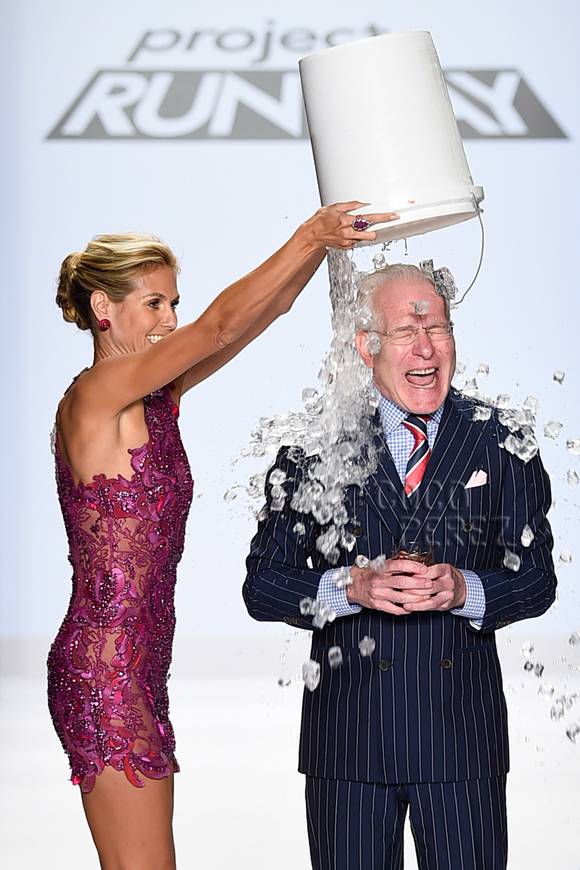 Anna Wintour and Andre Leon Talley solidify his assessment that the world of Vogue is some insane, alternate universe, which he described as “fashion’s mental hospital.” So that he was perfectly clear, he called Anna Wintour “a venomous snake of a woman.”

He does not believe in fashion interventions. Instead, Gunn says men and women need to dress for the body we are. He says most Americans, in general, are wearing clothing that is too big for them. The key to getting fashion right, he declared, is: silhouette, proportion and balance. Focus on all three in your daily dressing and “you will own the world!” he declared.

When asked who his favorite Project Runway competitor has been, and quickly reminded before answering of Rhode Island’s own Jonathan Joseph Peters, he said warmly, ” I have a particular soft spot  for Jonathan Peters.”

And finally, though it was palpable Gunn doesn’t have a pretentious bone in his body, he shared: “There’s not a single day I don’t pinch myself !”