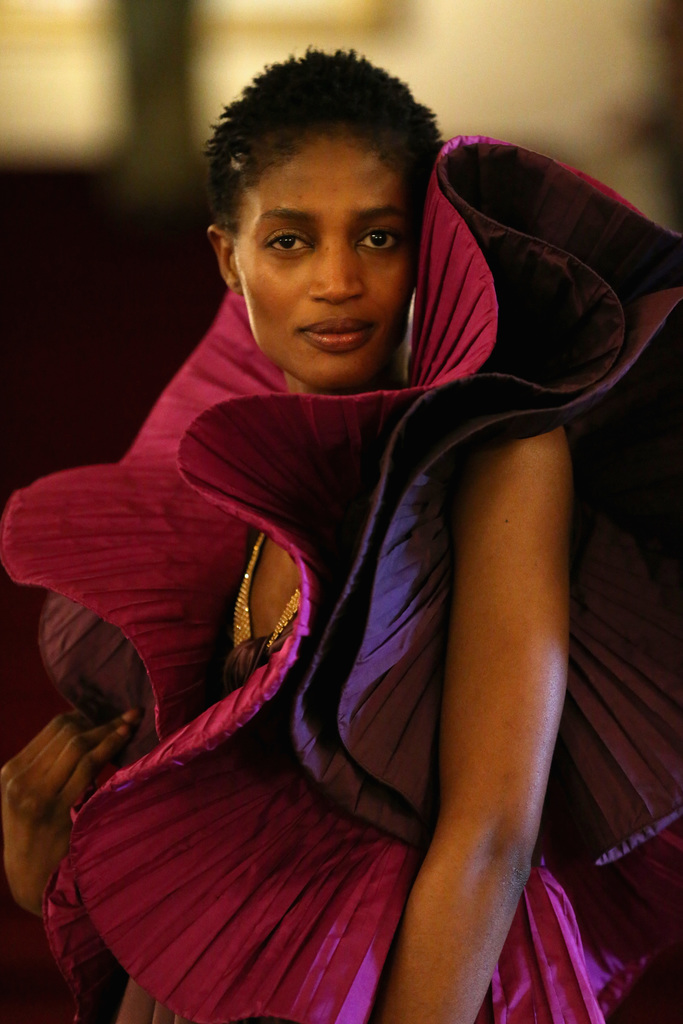 On Saturday, June 17, Newport was graced with a one of kind event celebrating famed fashion designer, Pierre Cardin. The 94-year-old impresario personally curated a collection of more than 80 pieces showcasing his 70-year career that graced the runway at The Breakers, the famed “summer cottage” of the Vanderbilt family—a legendary venue for a legendary talent. Regrettably, Monsieur Cardin was not well enough to make the trip, but the show went on and his nephew, Rodrigo Basilicati, and his head of haute couture, Maryse Gaspard, were on hand to share M. Cardin’s best wishes to the audience of 250. 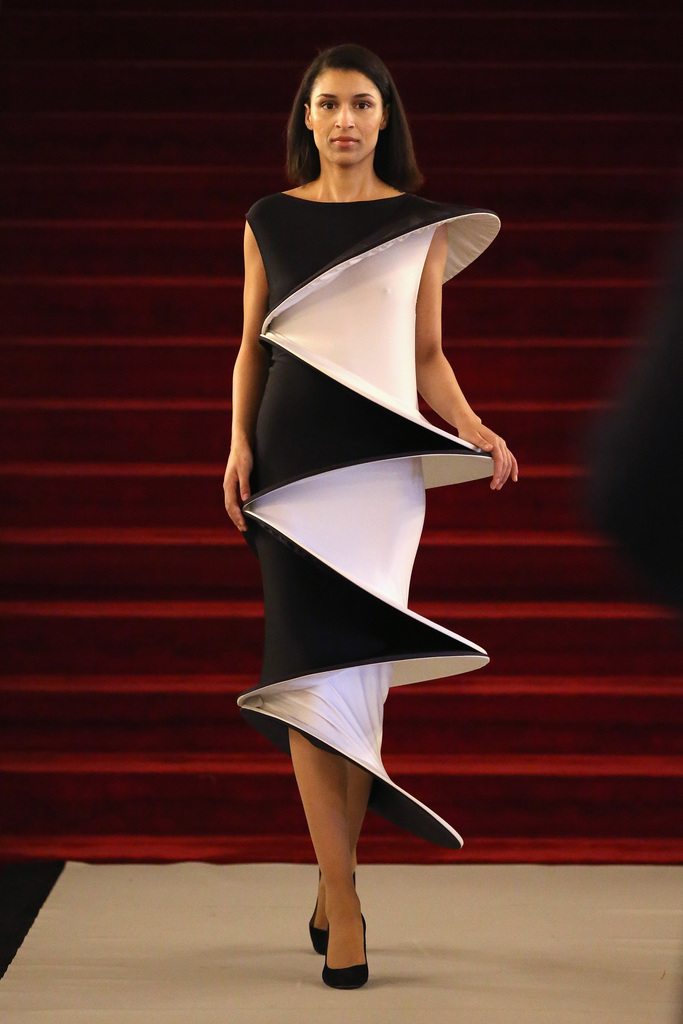 I was able to spend the afternoon with Rodrigo and Maryse as well as Matthew Gonder, the headliner at Cardin’s Maxim’s restaurant in Paris and the event’s emcee. Also joining us was Richard Raczynski and Dominique Raczynski from the House of Cardin (like Maryse, the couple have been with the designer for decades). We discussed Cardin’s prolific career, his broad spectrum of design inspiration (everything from vintage cars to the moon landing to science and technology has motivated him) and his penchant for always creating on his terms. Cardin took orders from nobody it seems, and while eschewing design trends and even sometimes considered a wild card (he had the audacity to introduce a ready to wear collection in 1959 as he felt designer clothes should be more accessible), the industry that once criticized him eventually honored designer with many prestigious award, chief among them the trio of Golden Thimbles (fashion’s answer to the Academy Awards).

As we walked through the leave-behind exhibit at Rosecliff, “Pierre Cardin: 70 Years of 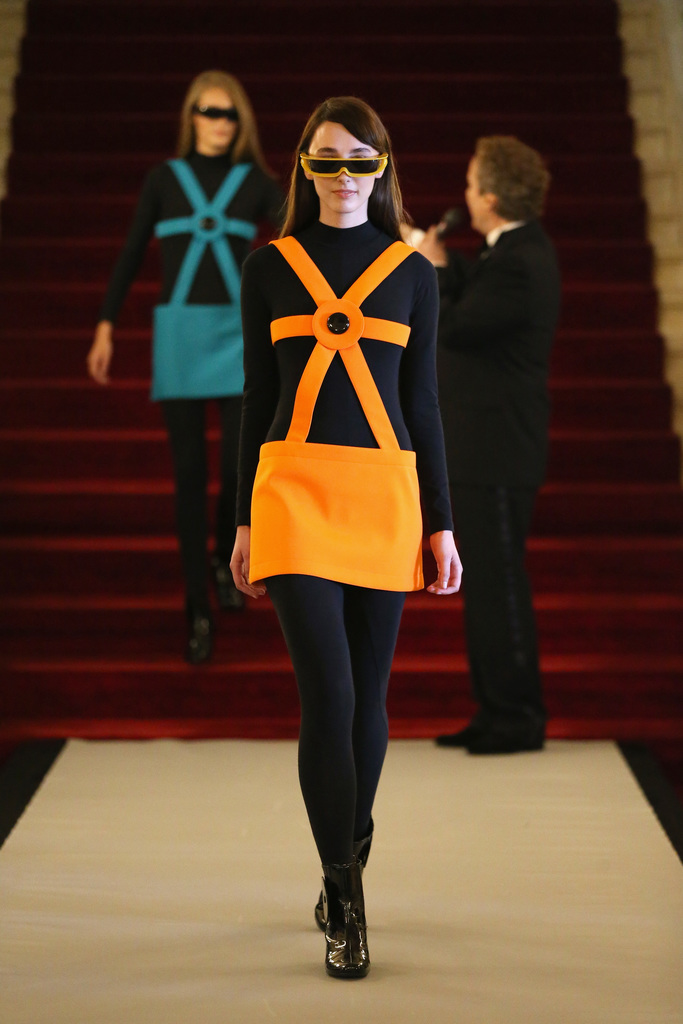 Innovation,” I learned more about the designer, who was the son of Italian immigrants and raised in St. Etienne, France. By 17, he was a tailor and moved to Paris. Soon he became an assistant to none other than Christian Dior and after three years, launched his own line. Earlier in his career he made costumes for Jean Cocteau’s 1946 film la Belle et la Bête (Beauty and the Beast), and later in his career created his own theater in Paris, l’Espace (and eventually, bought Maxim’s). The exhibit, a celebration of Cardin’s bold, avant-garde and forward thinking approach, features 42 pieces including 1960s space-age looks from the Cosmocorps collection, unisex jumpsuits created for the 1972 Olympics, and the technologically advanced Cardine dress, made of thermo-formed fabric that was worn by Lauren Bacall in 1968. It will be on display at Rosecliff through the end of the year.

We were lucky enough to be connected by phone to Cardin, who expressed his deep regret for not being able to attend the Newport gala. Our small gathering of media then engaged in a question and answer session which led to thoughtful discussion on the exhibit, the show, and Cardin’s legacy. Without further ado, here’s a smattering of images from the event: 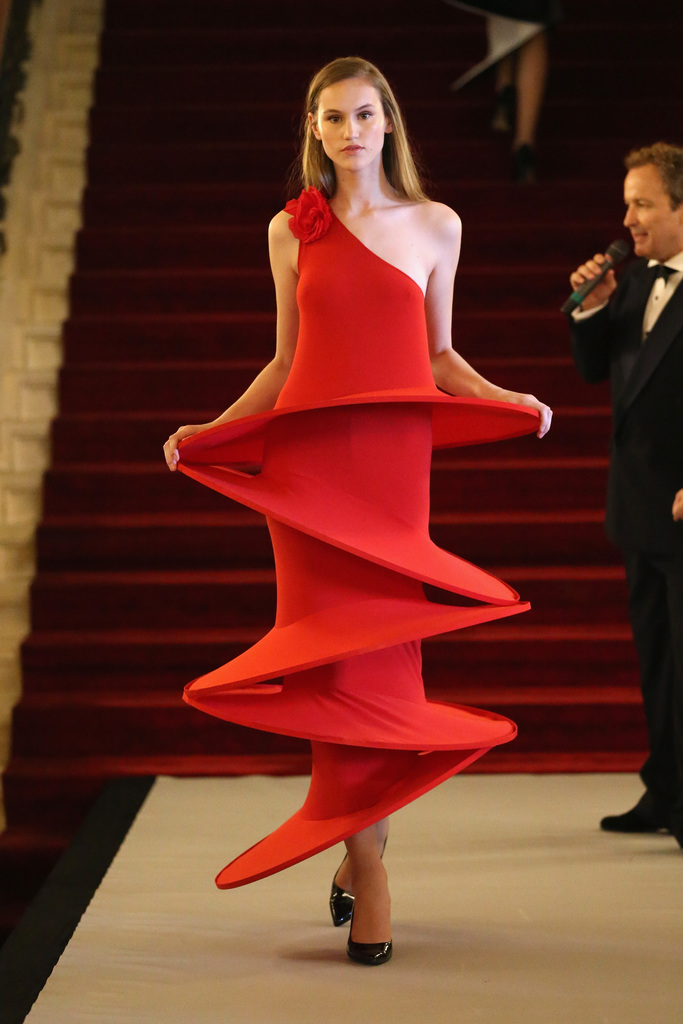 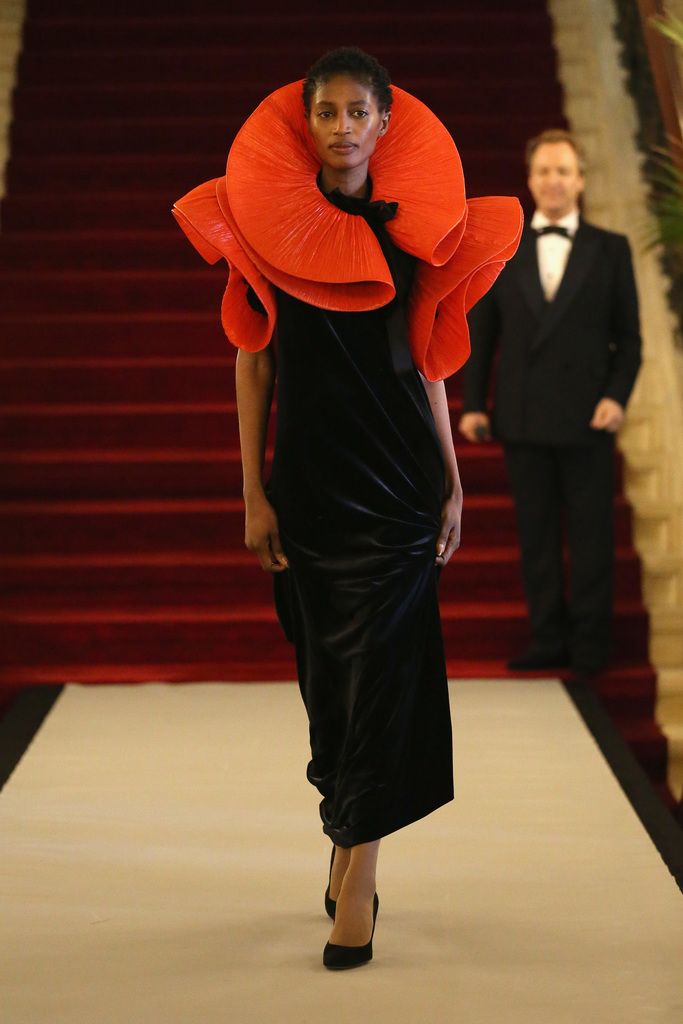 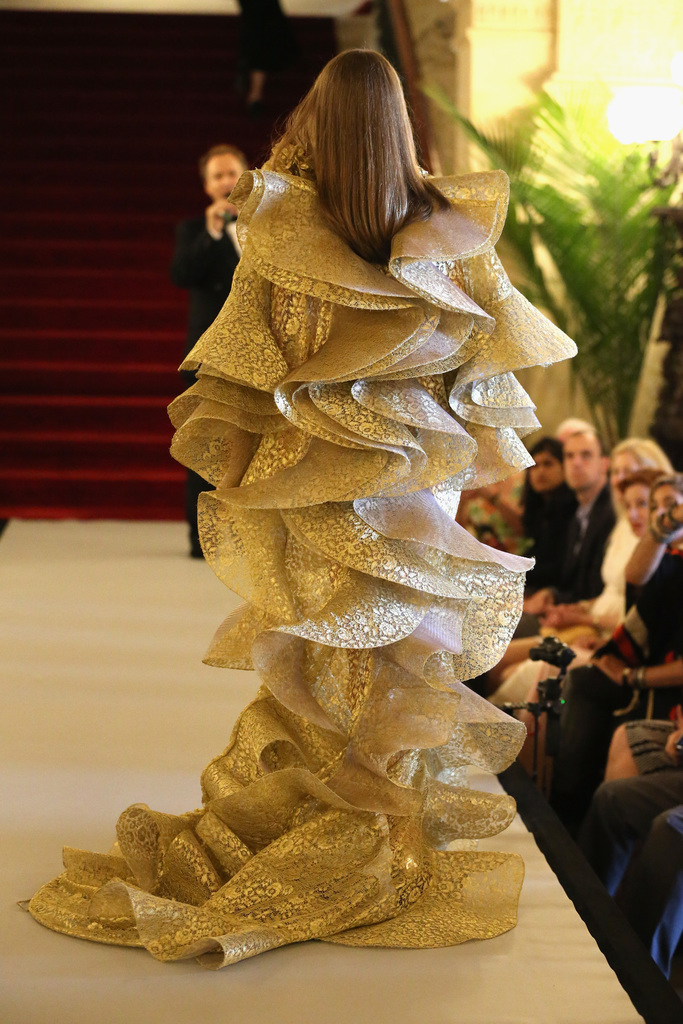 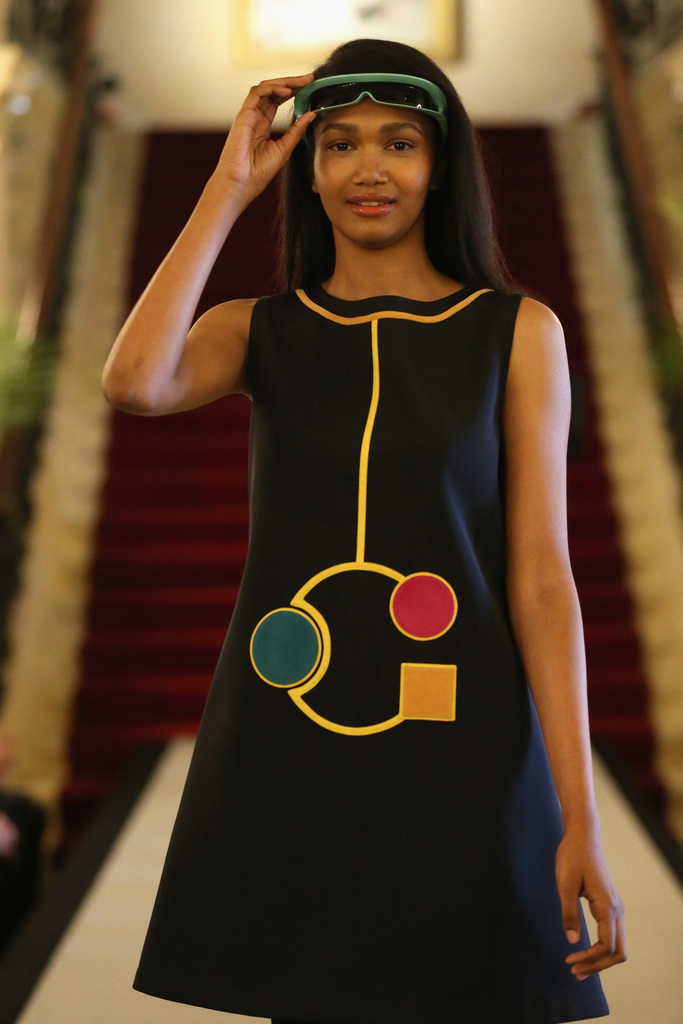 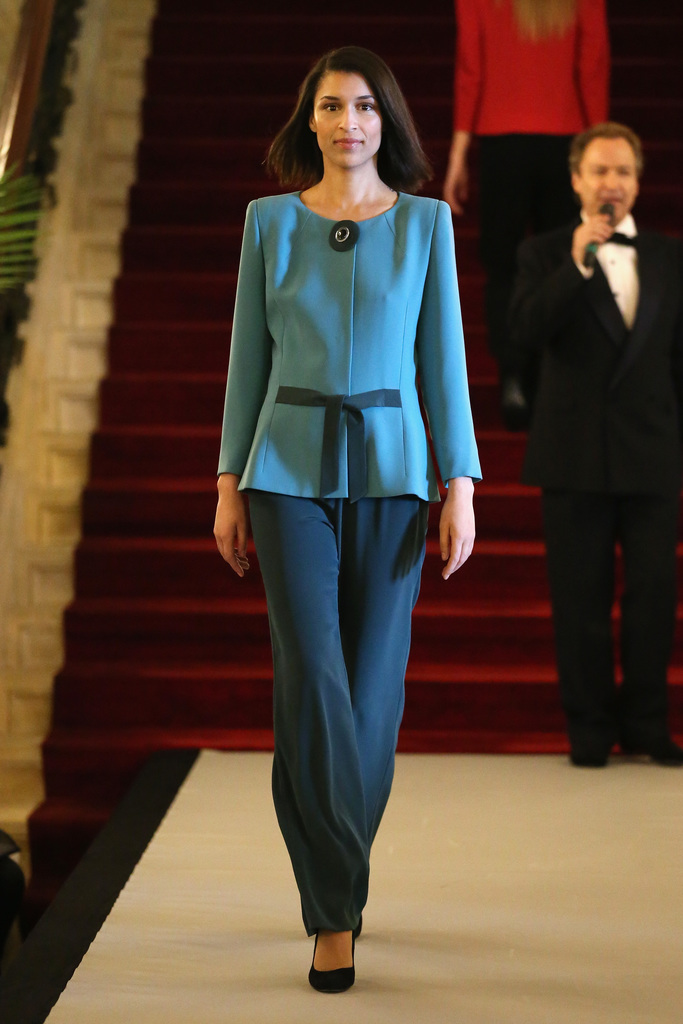 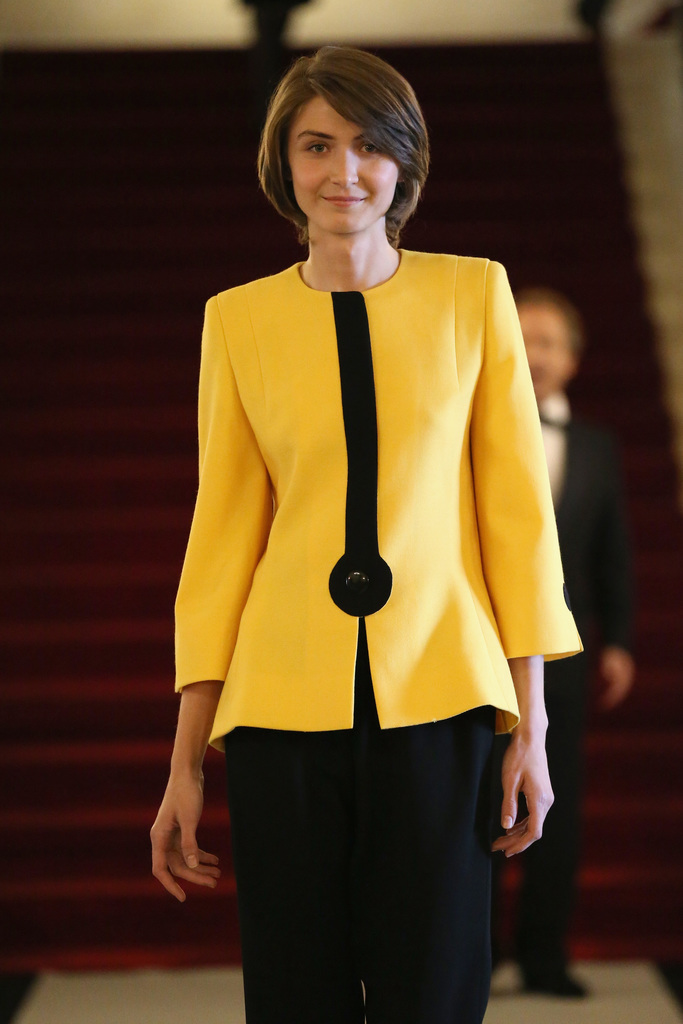 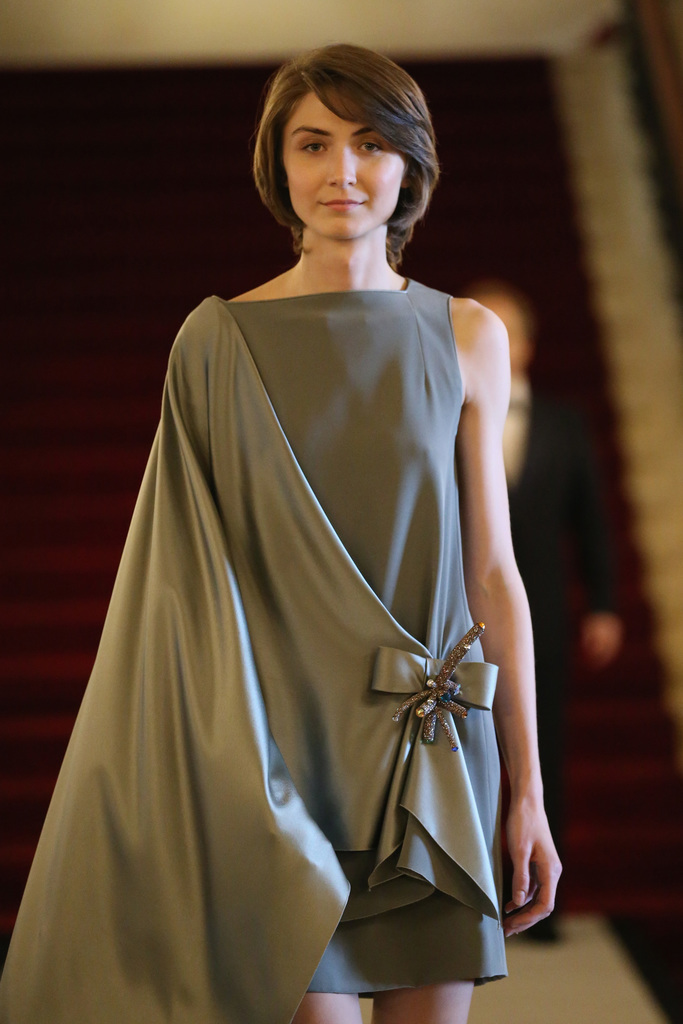 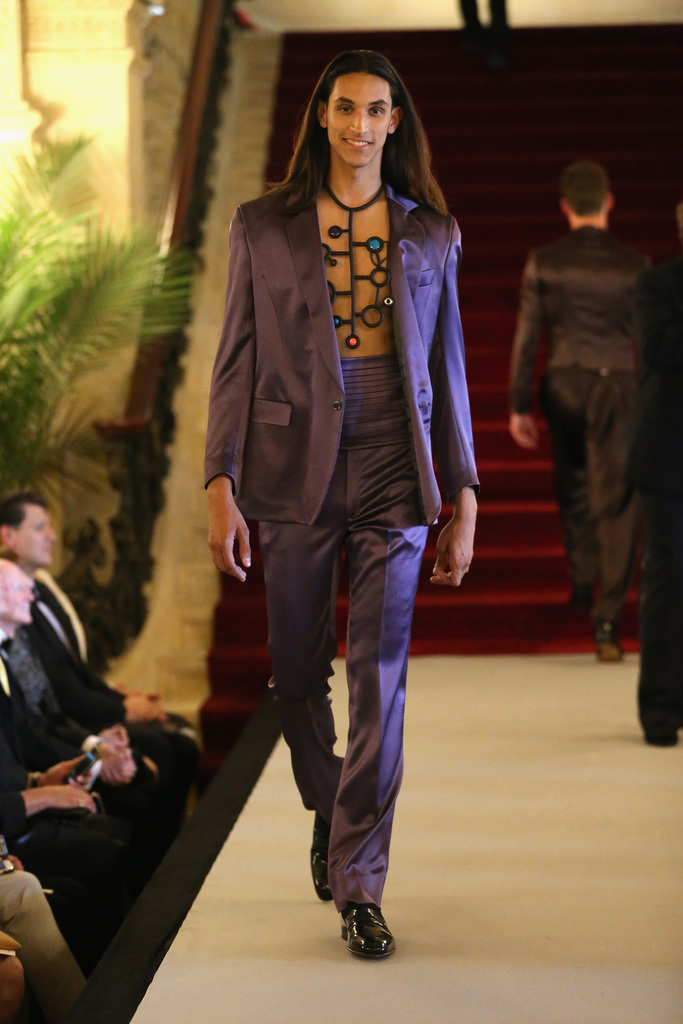 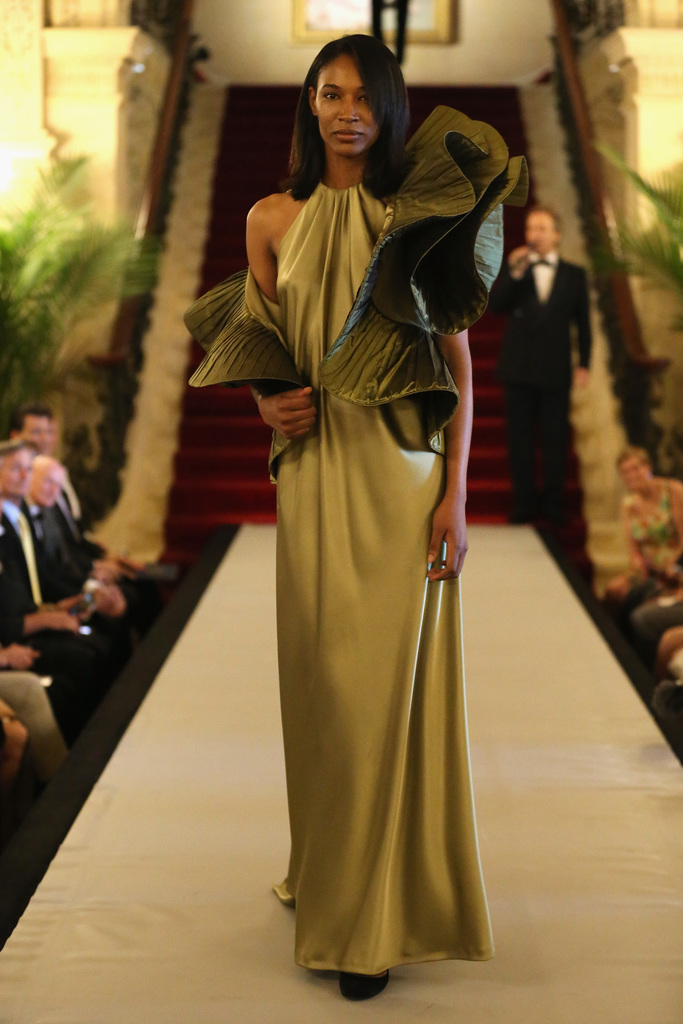 Previous Post: « Namaste in the Neighborhood at The Attwater
Next Post: Au Courant Returns: Fashion at the Fort This Friday »