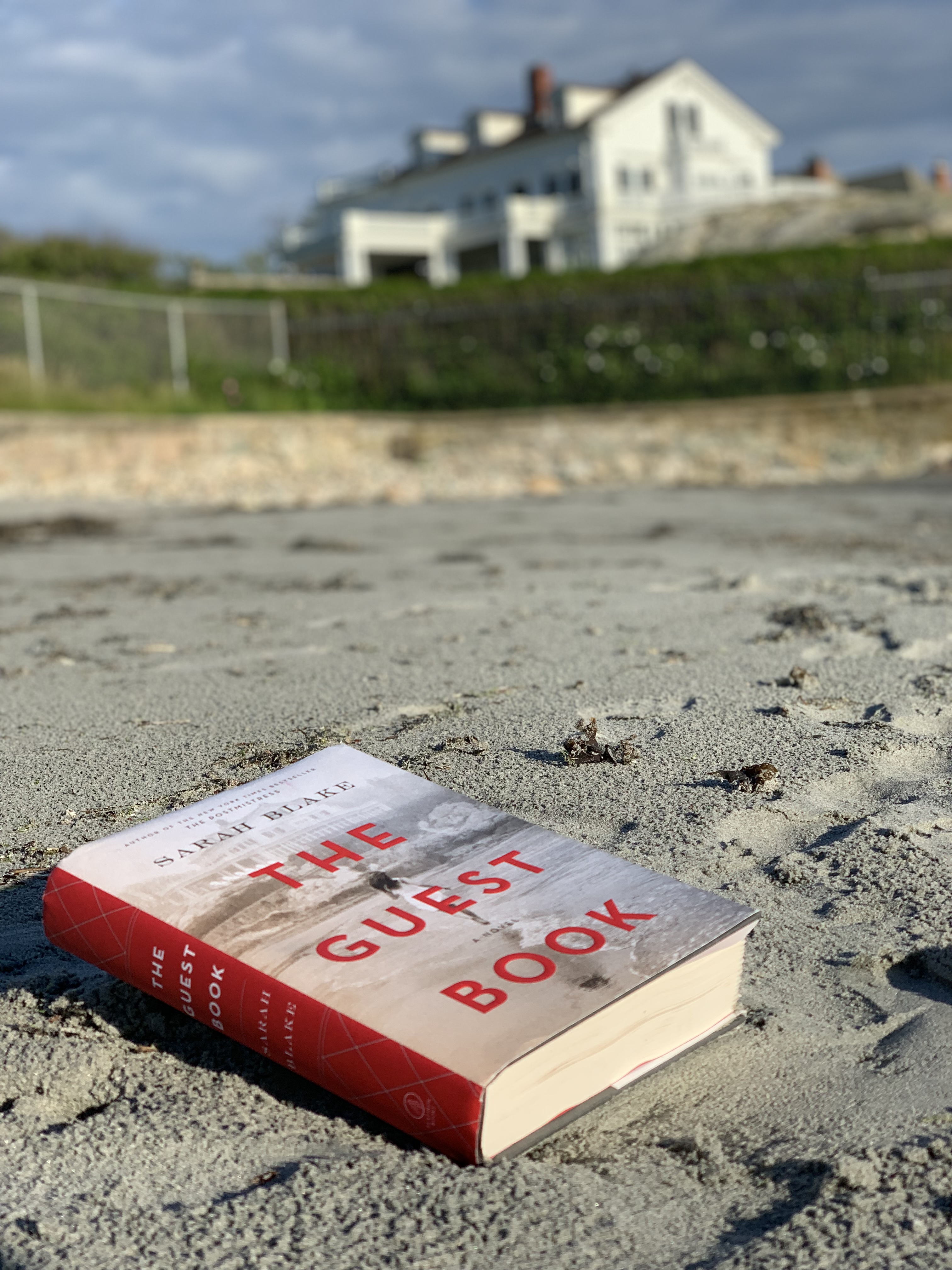 I was checking out at the bookstore last month when I nearly let out an audible gasp. As soon as I laid eyes on The Guest List by Sarah Blake, I knew I had to read it, as the cover was a very familiar scene — it’s a gray-scale image of a girl wearing a knee-length sleeveless white shift running down Newport’s own Reject’s Beach, with Seaweed, the mansion with the iconic enclosed porch, prominently featured. Seaweed was originally built in 1860-61, then sold to and modified by famed architect George Champlain Mason, who designed many homes in Newport in addition to being the editor of the Newport Mercury for some time and a founder of the Newport Historical Society. It’s had 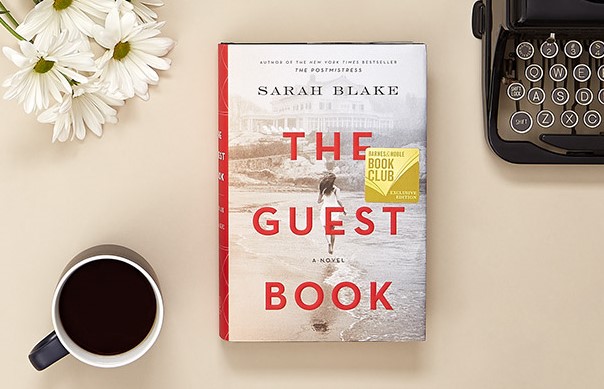 a number of owners through its time including the Dolan family of Philadelphia, who  summered there for generations. They had architect Horace Trumbaur modify the home (he also designed The Elms). Seaweed has been featured multiple times on Martha Stewart’s blog as she has stayed there when visiting Newport.

The Guest Book revolves around the past and present of the Milton family, a prominent American family of great wealth who summered on their privately owned Crockett’s Island in Maine for nearly a century (the fictional place the Newport cover image is to evoke).  But when the present-day Miltons must consider selling the island (as the trusts funds are running dry), they discover family secrets that force them to ask: at whose expense have they been living their dream and life of privilege? 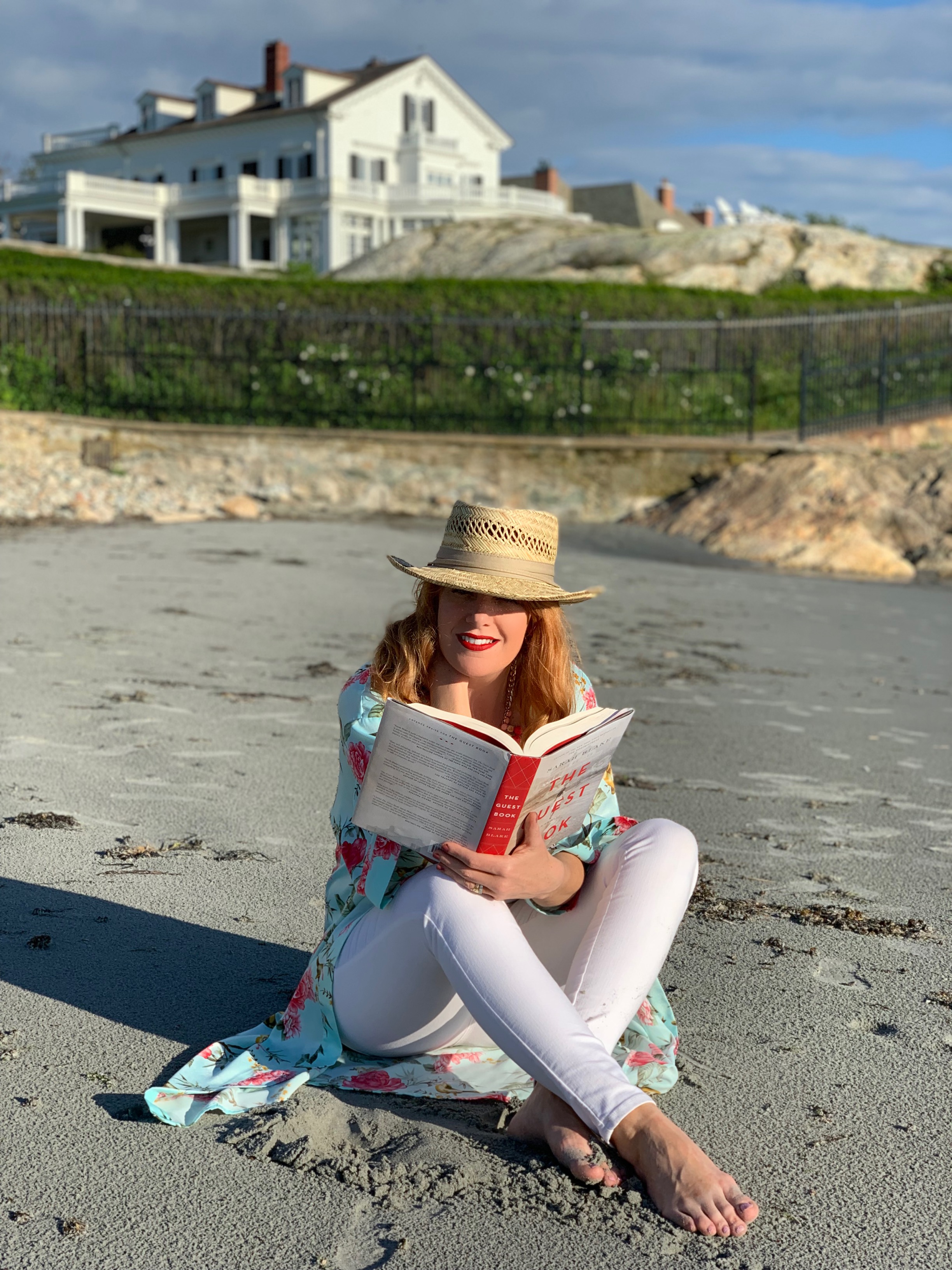 my laundry which sits nearby, with echoes of Marie Kondo begging me to fold and put away). I actually tried reading it through a dental appointment this week which didn’t go well, so I opted to listen to season two of Serial…a great distraction when someone is going to town on your gums. In sum,  The Guest Book beautifully portrays a sweeping family story among what Jessica Shattack (author of the NYT bestseller The Women in the Castle) says highlights the “subterranean currents of race, class and power that have shaped America.” Disclaimer: I read a lot of books, both non-fiction and historical dramas, that take place during the WWII era, so for me it hits the sweet spot. Also, much of it takes place in New York City where my parents were born and raised during the same period, but “after the war,” as they’d always distinguish.)

I’ll refrain from any spoilers but I will highly recommend adding this to your summer reading list, especially if you’ve read Sarah Blake’s other bestseller, The Postmistress. Also, The Guest Book is a current Barnes & Noble Book Club selection and the Middletown store will be hosting a discussion on June 11 at 7 p.m. (click here to listen to the B&N podcast featuring Sarah Blake). Happy reading!

Previous Post: « Camelot vs. the Counterculture: Fashion and Society in the 1960s
Next Post: Rhode Trip: Kennebunkport for ArtisansList.com »