For a decently well-traveled person, it came as a shock to friends when they learned I hadn’t set foot in the State of Maine until I was a full-fledged adult. “Like, ever?” they’d ask, deeply puzzled. “Ever,” I’d say, with a nonchalant shoulder shrug (look, I grew up living between NYC and DC and missed the boat on “summering” in Maine). It wasn’t until I was on a press trip many years ago that I experienced my first Maine getaway, a trip that set the bar rather high. With a stay at Kennebunkport’s White Barn Inn, a luxury boutique hotel, I visited when when longtime chef Jonathan Cartwright was at the helm (who steered the restaurant to a coveted Forbes 5-Star rating). Newporters might remember his name as he oversaw the menu at the former Muse restaurant at The Vanderbilt (then  Vanderbilt Grace). He left after 20 years of service, and today, the White Barn Inn thrives under the tenets of its Auberge Resorts Collection ownership.

More recently, I included the hotel in a round up of lodging options in this travel piece for Artisans List, a new site launched under the director of longtime Better Homes & Gardens editor (and Aquidneck Island resident), Cindy Bogart. Here’s a teaser (for full story, click here.) 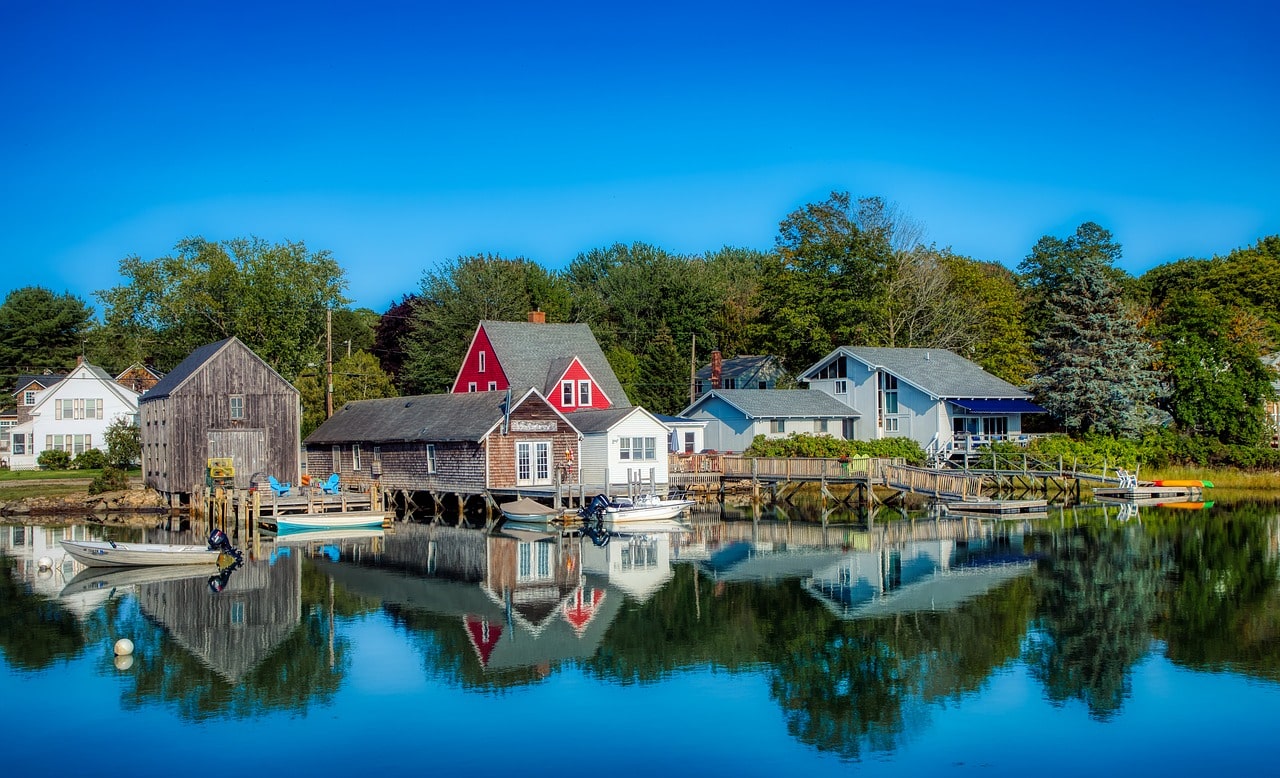 With its captivating coastline and quintessential New England charm, Kennebunkport in southern Maine has long been a summertime playground for travelers far and wide. Quaint buildings dating back to the late 18th and early 19th century add to the town’s Rockwellian charm, most especially in the Kennebunkport Historic District nestled in the village center. Visitors with an appreciation for rich history combined with an eye for authentic early American architecture will especially be drawn to this unique coastal community.

Though Kennebunkport was first incorporated as Cape Porpoise (or Cape Porpus) in 1653, the land was first home to Native Americans. Due to hostility between the native population and the settlers over the next 25 years, the area was considered “depopulated,” then repopulated, by Europeans in early 1700s with fishing, farming and shipbuilding rising as dominating trades. The town was renamed “Kennebunkport” in 1821 (to the Abenaki Indians, “Kennebunk” meant “the long cut bank,” which historians conclude refers to the bank behind Kennebunk Beach.) The town emerged into a popular summer colony as early as the 1870s, with hotels and recreational accoutrements luring city dwellers to bask in the refreshing Maine seawater.

Today, Kennebunkport maintains its late 19th century charm as the authentic coastal village continues to invite visitors year-round, though most especially in the warm summer months.

Previous Post: « The Case For Judging a Book by Its Cover
Next Post: The Fabulous Five: Academic and Author Donna Harrington-Lueker »