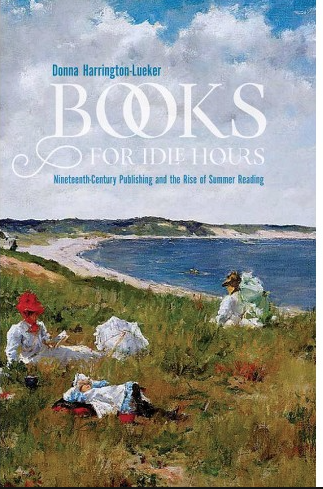 Newporters might  know Dr. Donna Harrington-Lueker best as a beloved professor in the Department of English and Communications at Salve Regina University, where she’s taught for 22 years. (Her first semester teaching there, Harrington-Lueker says she spent nearly every morning before her 8 a.m. class in McAuley Hall marveling at the sun rise over Cliff Walk!). But her recent release of  Books for Idle Hours: Nineteenth-Century Publishing and the Rise of Summer, best described as “a summer read about summer reads” by The Public’s Radio, has captivated a nationwide audience, with enviable coverage in The New Yorker and beyond. A former magazine writer and editor (that’s familiar territory), and expert in both 19th century print culture and feminist media studies, Harrington-Lueker talked about her new book and it’s easy to see why an English major, history buff and book nerd like myself hung on every word. Here’s five fabulous questions with Donna Harrington-Lueker:

1 – What inspired you to write this book?

I have always been a book nerd. I was the 13-year-old who took Moby Dick along on summer vacations at the lake. As an adult, I looked forward every year to carefully “curating” the selection of books that went along with me for those few days on Cape Cod or in Bar Harbor. (Mystery novels always had a place in my canvas tote bag.) Then, when we reached Vacationland, I’d head off to local bookstores to see what they might offer just in case I ran out of books.

One June, I was returning from a book history conference in Canada, and I came across this large, glossy brochure promoting the “Best Summer Reads” in the airport bookstore. And I started thinking about my own summer reading rituals and the way the publishing industry may have shaped and sustained them. That lead me back to the 19th century and its embrace of summer leisure.

Summer reading clearly coincides with the dramatic rise of travel, tourism, and summer leisure in Victorian America and the Gilded Age. Before the Revolutionary War, Newport had already earned a reputation as a place of summer leisure, attracting planters from the southern states and the West Indies with promise of more temperate summer weather. By the late 1700s, Saratoga Springs, Niagara Falls, the Hudson River and the Catskills had all become sites of travel and tourism. By the 1830s, Etha Allen Crawford had begun guiding travelers up Mount Washington on horseback. Wealthy Bostonians had adopted the community of Nahant just north of the city as a place to escape the oppressive summer heat. And by the 1850s, Maine’s Mount Desert Island and Bar Harbor had begun to draw artists and rusticators to its shores.

Initially, summer leisure was the province a wealthy elite. But the new wealth of the post-Civil War period broadened that customer base, and railroads effectively drove the leisure industry. 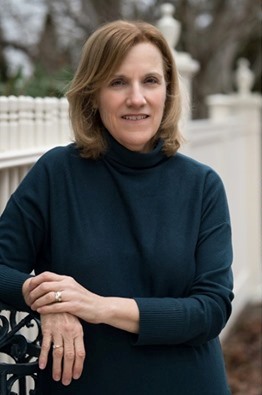 this new class often embraces summer leisure as a marker of social distinction. Books and magazine articles of the period—including novels set a summer resorts—helped school this rising middle class in the ways in which leisure could be performed.

3 – How were women typically portrayed in these summer novels?

Women figured prominently in what I call the American summer novel—that is, in the novel set at the summer resort and whose plot relies substantially on the activities available at the various resorts. One of the most prominent literary men of the period—William Dean Howells—captured the role well when he wrote to his friend, the novelist Henry James, from his own summer home on the Maine coast, that “loverless maidens superabound in the hotels and the row boats . . .  in such numbers as would furnish all the novelists with heroines indefinitely.” [Editor’s note: if I ever start a metal band, I’m naming it “Loverless Maidens.”] Many—if not most—summer involved a marriage plot with a young couple falling in love over the course of their summer stay. That’s all very traditional, of course, but the young women in the summer novels also experience new freedoms at summer resorts—the freedom to bathe in mixed company, to go to breakfast in a Mother Hubbard dress, to climb mountains and play banjos in the bows of boats.

4 – Can you speak a little about the print culture of the period?

The period’s print culture was dynamic—but not without its challenges. Elite taste-making magazines like Harper’s Monthly, the Atlantic, and The Century took root in this period, and by the 1890s, large-circulation, advertising-driven magazines like Ladies’ Home Journal dominated the market.  Some of the most storied names in book publishing like Harper and Brothers and Charles Scribner’s Sons attain their status as national taste-makers in this period. At the same time, cheap paperback publishers—the so-called literary pirates or disruptors of the age—challenge the traditional publishing world with cheap, often 10-cent editions, of everything from popular British and continental novels to “sensation fiction” and working girl stories.

5 – You mentioned in your NPR interview [listen here] that Newport doesn’t always come off well in novels of era, especially in comparison to other destinations, including Narragansett. Can you expand on that?

Newport takes its hits in the summer novels of the period, in part, I think, because a rising middle class may have wanted to embrace summer leisure but didn’t want to give up its values of hard work and sobriety. Several novels set in Newport, for example, hold Newport society up as frivolous and flawed. In Harriet Beacher Stowe’s society novel Pink and White Tyranny, Stowe’s female protagonist exhibits her most objectionable behavior in fashionable Newport. The plot of George Parson Lathrop’s Newport: A Novel turns on a world of gossip, social pretension, and a fraudulent stock scheme. Another society novel of the period explores the experience of a woman suffragist who has been ostracized from Newport society and whose daughter makes a more-than-unfortunate marriage at the summer resort. Narragansett Pier comes across as a happier—a more festive space—with women in bright bathing caps and quiet walks along the rocky shoreline with one’s lover.

Books for Idle Hours: Nineteenth-Century Publishing and the Rise of Summer, can be purchased at Island Books in Middletown and online at University of Massachusetts Press here and Barnes & Noble here. (Amazon sold out of the first lot and is restocking next week!)

While at first glance the painting featured on the cover could very easily pass for an artistic interpretation of Sachuest Beach or Third Beach, it is actually a painting of the Long Island coast by William Merritt Chase entitled Idle Hours, ca. 1894.

Also, if you’re curious what DHL has in her canvas reading tote this summer, click here (and yes, Where the Crawdads Sing is in there!).

Previous Post: « Rhode Trip: Kennebunkport for ArtisansList.com
Next Post: Five Things I Learned By Committing to the Run for Home Base with New Balance »