Today is officially “Lilly Pulitzer Day” in Palm Beach, as the town declared last week. The late designer launched her distinctive eponymous brand there in 1960, first selling simple shifts for $22 from her fruit stand to friends, then opening a boutique on tony Worth Avenue. Ladies took note, especially when Jacqueline Kennedy was seen wearing “Lilly” around (as she did in an issue of Life Magazine). The two influential women were classmates through their teens. As I wrote a few years ago, “Influencing generations of women and introducing countless others to the world of pink, green and preppy styling, Pulitzer’s iconic prints are remain a constant in Newport as much as they are in Palm Beach, the Hamptons and other coastal enclaves across the globe.” A girl after my own heart, once Pulitzer’s line made an unexpected splah in the fashion world, she was told she needed to create a fall line. Her snappy comeback? “Oh, but you don’t understand. It’s always summer somewhere.” 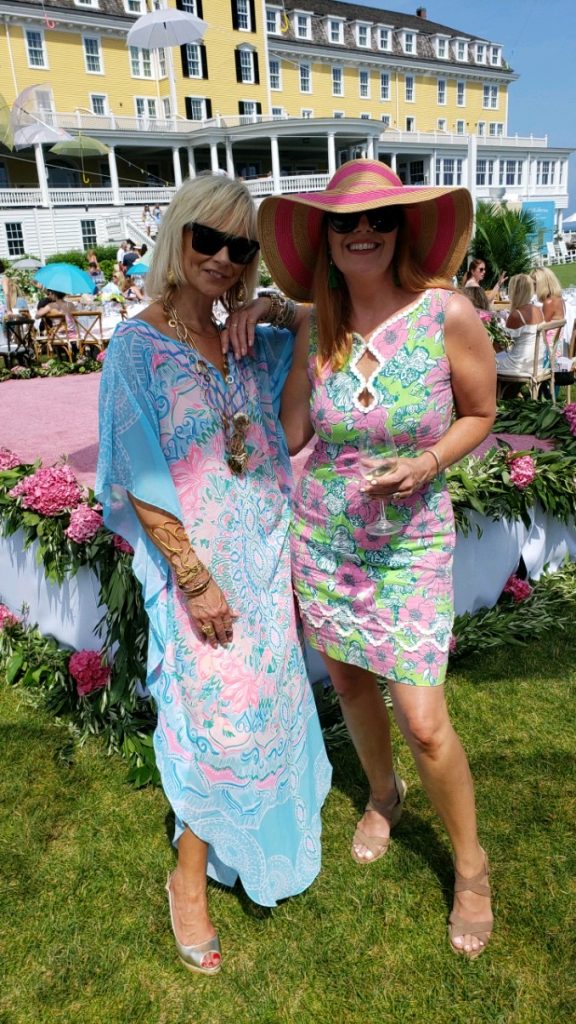 With Avril Graham, Executive Fashion and Beauty Editor at Harper’s Bazaar and host of the upcoming series, Platinum Eye

This summer, the AAA Five-Diamond Ocean House in Watch Hill (a.k.a. Taylor Swift’s neighbor) marked shift dress season with “For the Love of Lilly,” a luncheon and fashion show with looks from the local Lilly shop. We sipped on Veuve Clicquot champagne and Lilly’s Lemonade cocktails by KEEL Vodka in addition a three-course lunch featuring the best gazpacho I’ve ever had, a citrus-dressed salad with grilled chicken and finished with macarons (pastel macarons, of course).

Dining parallel to the garden croquet court, the South Lawn was with festooned with pastel umbrellas overhead seemingly floating through the air while the lighthearted fashion show featured familiar faces along including fashion icon Avril Graham. Many attendees headed to the hot 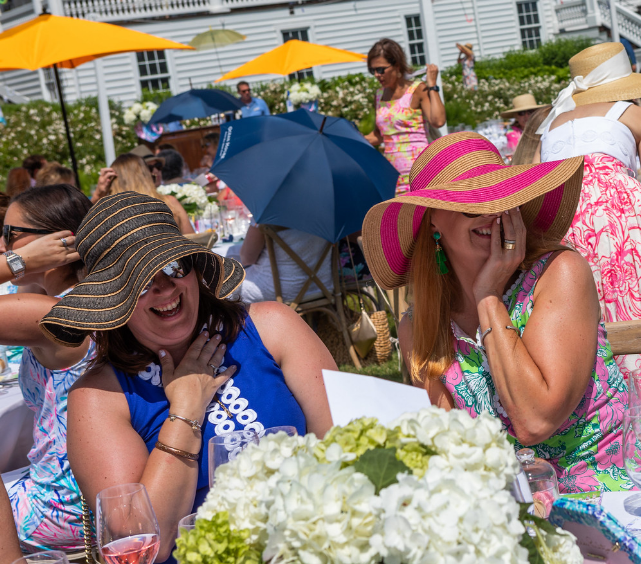 el’s Veuve-fueled Secret Garden champagne bar for aprés event refreshers. Hopefully the Ocean House brings this charitable event back again next summer as Lilly should always be celebrated by the sea.