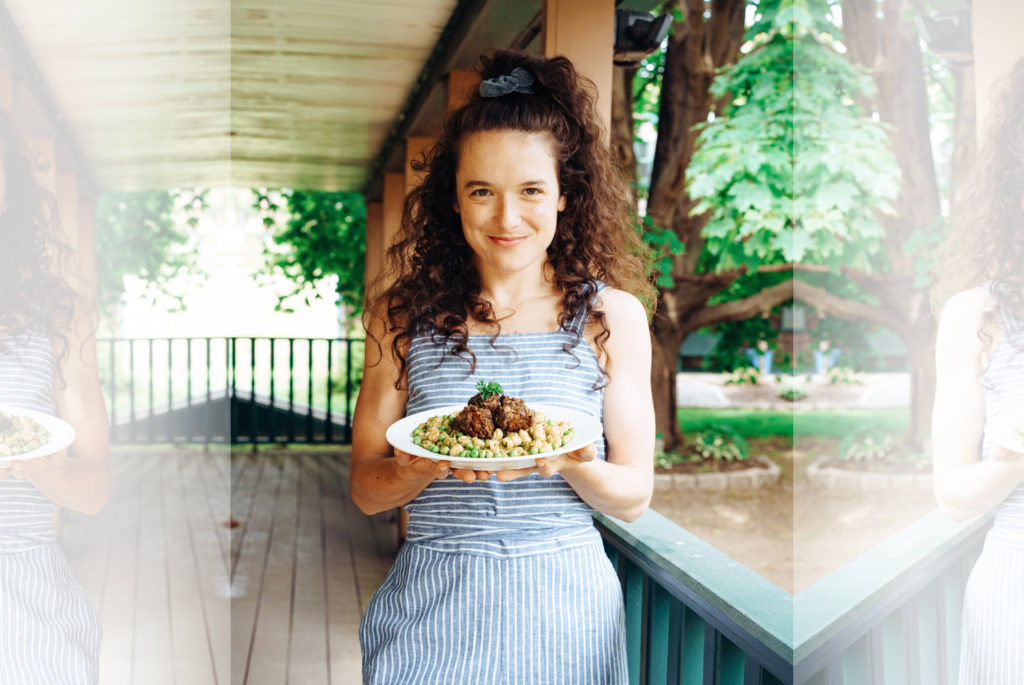 It seems everywhere you look today, “plant-based” is the new buzzword. You see it at Dunkin’ Donuts, on the Golden Globes menu, and in the meat aisle at your local grocery store. Though sales of plant-based foods grew by more than 11% in 2019 according to the Plant-Based Foods Association, many of these foods are processed and can contain undesirable or “un-whole” ingredients, including genetically modified soy leghemoglobin (to produce a “meaty” taste) and methylcellulose (a binding agent). For perspective, the Beyond Burger has more than 22 ingredients, whereas a homemade black bean burger can be made simply with beans, rice, onion, nuts or bread crumbs, and spices.

However, well before “beyond” and “impossible” meat substitutes were being advertised on our television screens, Melanie Ferriera was tired of looking for those options while on the go. “I was constantly searching for something nutritious – with ingredients I could actually understand – that could fuel me until meal time,” she explains. As necessity is the mother of invention, Ferriera got to work.

In March of 2018, Ferriera launched The Power Plant Girls, offering snacks, prepared meals, and juices, and even catering small events. “At my core, cooking is what I love, and I jumped right into it, eager to share as much as possible,” says Ferriera. The business took off quickly – too quickly in some ways – and Ferriera found herself overwhelmed. “I realized I needed to focus on intentional growth at a scale that was more manageable for me.” So, she shifted her focus to exclusively produce plant-based snacks.

The most popular snack is Ferriera’s Power Plant Balls, an oat-based, protein-packed option perfect for anytime snacking. “Other popular products include our mini muffins, like the Banana Chip Minis and Veggie Minis,” she adds. “Both are low-ingredient, satisfying snack options.” All ingredients used are simple and “powered by plants and nature.” The company also partners with other local food artisans, including Aquidneck Island Honey, which adds a touch of sweetness to the Power Plant Balls. Ferriera’s goal is to make “plant-based” less taboo and intimidating and more accessible, while educating people on the importance of food quality and choices.

The Power Plant Girls snacks can be purchased at SALT Cycle Studios in  Tiverton, where Ferriera is also an instructor. Follow along on Instagram (@thepowerplantgirls) for news, giveaways, and pop-up sale locations.

I originally wrote this for the March issue of The Bay magazine. Pick a copy up at locations throughout Middletown, Portsmouth and the East Bay. See the issue online here!

Previous Post: « Girls Night In Looks on The Rhode Show
Next Post: Local Mask Makers Take Matters Into Their Own Hands »