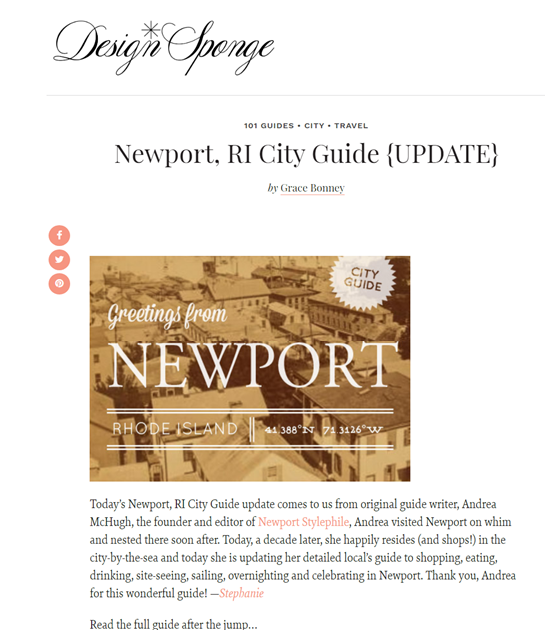 Last year, Design*Sponge founder Grace Bonney announced that after 15 years, the wildly popular home décor and lifestyle blog, which reached more than two million readers per month, was coming to an end. Design devotees were crushed, including myself, as I enjoyed contributing to the site, including this City Guide of Newport (as well as City Guides for Nantucket, Martha’s Vineyard and more).

A decade ago, when I wrote the Newport guide (which was later updated), there were some new and exciting happenings here — restaurants like Midtown and Jo’s American Bistro had recently opened, The Fifth Element was fitting into its new Broadway location and refreshing boutiques were making a name for themselves — all in addition to Newport institutions like the Clarke Cooke House, White Horse Tavern and shops like Pleasant Surprise. It’s always fascinating to see how a city changes and evolves over time; what becomes a sign of the times and what transforms from new and shiny to tried and true favorite. 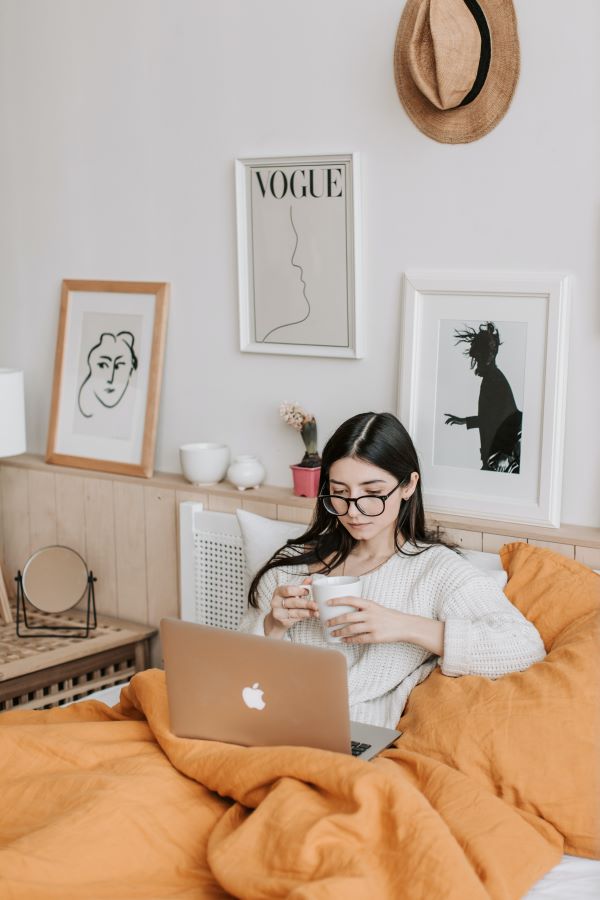 At the end of this month, the site will officially go off into the sunset (though the full archives will be available online, and fully searchable, through the Library of Congress). I’m proud of the way the site made it a point to be inclusive and intersectional, welcoming “sincere and constructive conversation across all of our channels.” More than just beautiful spaces, Design Sponge made it a point to talk about the people behind what we saw, and sometimes that included their struggles and their stories.

The good news is Grace Bonney continues to celebrate creativity, diversity and vision by shining a spotlight on artists, designers, makers, innovators, dreamers and doers.