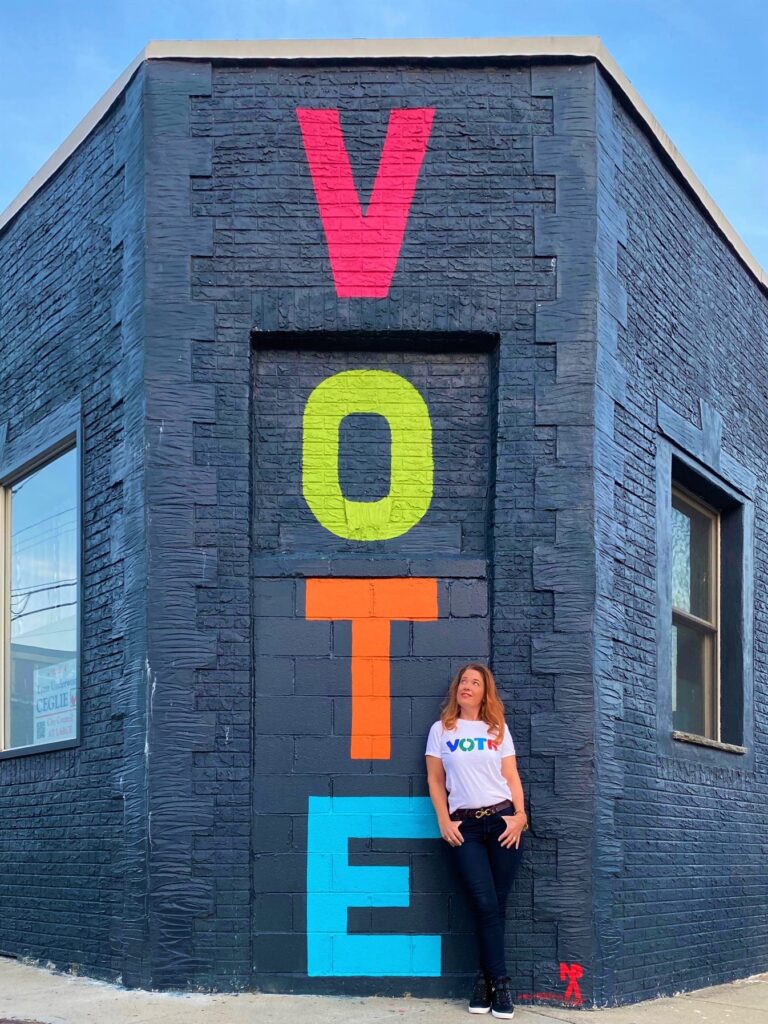 A lot of people have a lot to say about the state of our country these days. Here’s what: barely half of the U.S. population shows up to vote. Barely HALF. As far as I’m concerned, if you don’t exercise your right to vote, your right to complain is null and void. Arguably even more important in terms of your day to day life are your state and local elections, which isn’t just who is running for office, but also the ballot measures. Read up on your local and state initiatives so you can be prepared and vote with confidence.

Here in Newport, about 23% of residents voted in the September primary — less than a quarter of our population. (Granted, primaries typically see substantially less voter turnout.) And yet, there are so many opinions about how this city is changing when it comes to the waterfront, regulations for short term rentals and critical investments in our schools and infrastructure. See the disconnect?

Many people are exercising mail-in and early voting for the first time (bravo). As of today (Friday, 10/30), nearly 245,000 Rhode Islanders have early voted, and I’m one of them (high five, team). We’re at the point where it’s strongly recommended to place mail-in ballots in your municipality’s designated drop-box, usually located at a city hall or voting location. If you plan to vote in person, do yourself a favor: take look at a sample ballot in advance and be ready (and FLIP the ballot to make sure you see all questions!). This will also keep the line moving as a courtesy to your neighbors. Keep in mind too that in many municipal elections, like here in Newport, you don’t have to vote for the exact number of candidate per at-large open seats. Newport, for example, is governed by a city council comprised of seven seats: three individuals represent three wards of the city, while four represent the city-at-large; hence, “at-large” councilors. You don’t have to cast your vote for four at-large candidates if you want to vote for less. Your ballot will also have your specific ward race, which will be two candidates vying for one seat.

We all know why voting is important (good Lord, I hope so), but it’s easy to forget that women (note: not all women) have only been voting for 100 years — that’s 130 years less than white men. And women weren’t “granted” the right to anything. Women fought — they organized, marched, demonstrated, were imprisoned, attacked, tortured, publicly mocked and were accused of being unpatriotic for the audacity of demanding a voice in a representative democracy.

This is all to say that people died to protect our freedoms and for the right to vote. From Seneca 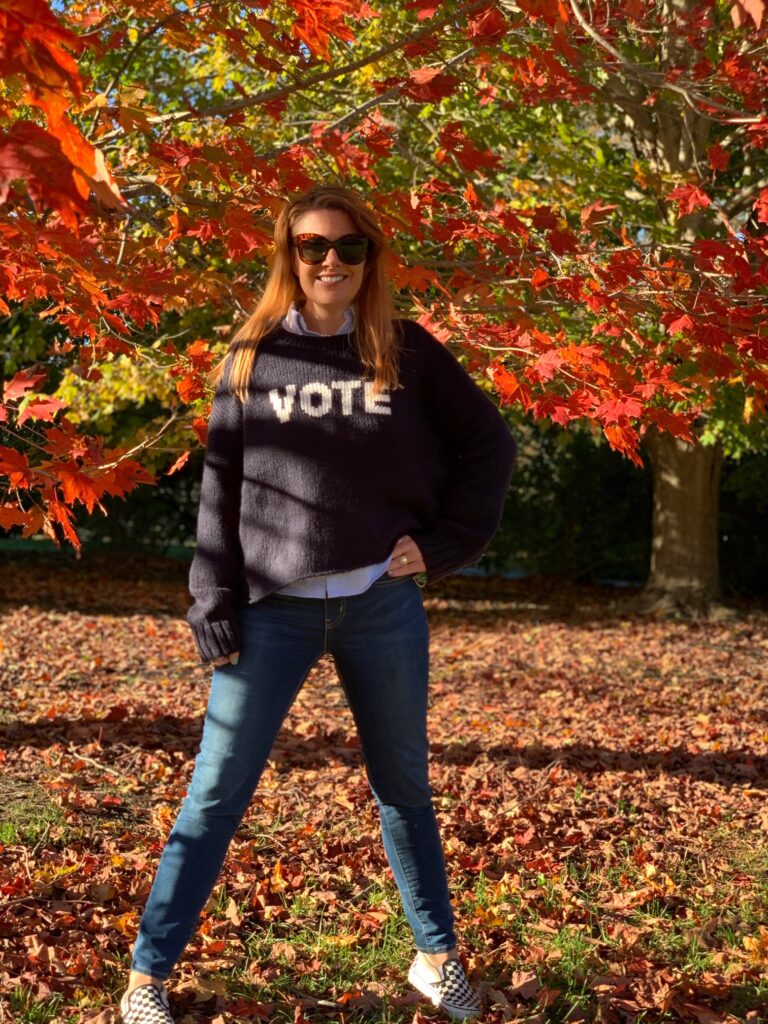 Falls to Selma, we learn that exercising this right is an honor and a duty not to be squandered. Show up for them. Show up for you. Just show up.

So, in this last stretch, here are some of my favorite finds, most of which I brought to The Rhode Show last week, to spread to message: GET OUT AND VOTE.

Here are some of my favorite VOTE finds, most of which benefit important causes):

The boyfriend crew VOTE sweater by Wooden Ships (pictured here + currently on sale!) features a dropped shoulder for a relaxed, comfortable fit with fitted sleeves. Details include ribbing on the neckline and cuffs and it’s the perfect weight as the autumn chill begins to sneak in!

Tory Burch’s limited-edition VOTE T-Shirt (seen in top pic) was created to urge all Americans to actively participate in our democracy and cast their ballot in November. 100% of net proceeds of this shirt will benefit I am a Voter, — a nonpartisan initiative that aims to increase voter participation nationwide. 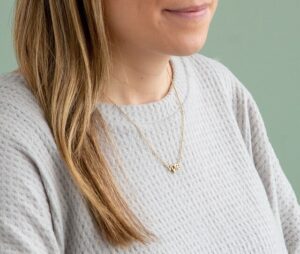 The VOTE Necklace by Uncommon Goods commemorates and celebrates the anniversary of the ratification of the 19th Amendment which granted women the right to vote. The necklace is reminiscent of the necklace worn by Michelle Obama at the 2020 DNC. The Kentucky-made necklace honors the fight for women’s suffrage and $5 from every purchase of the Vote Necklace goes to support the League of Women Voters.

Get out there and let your voice be heard~ @newportstyle