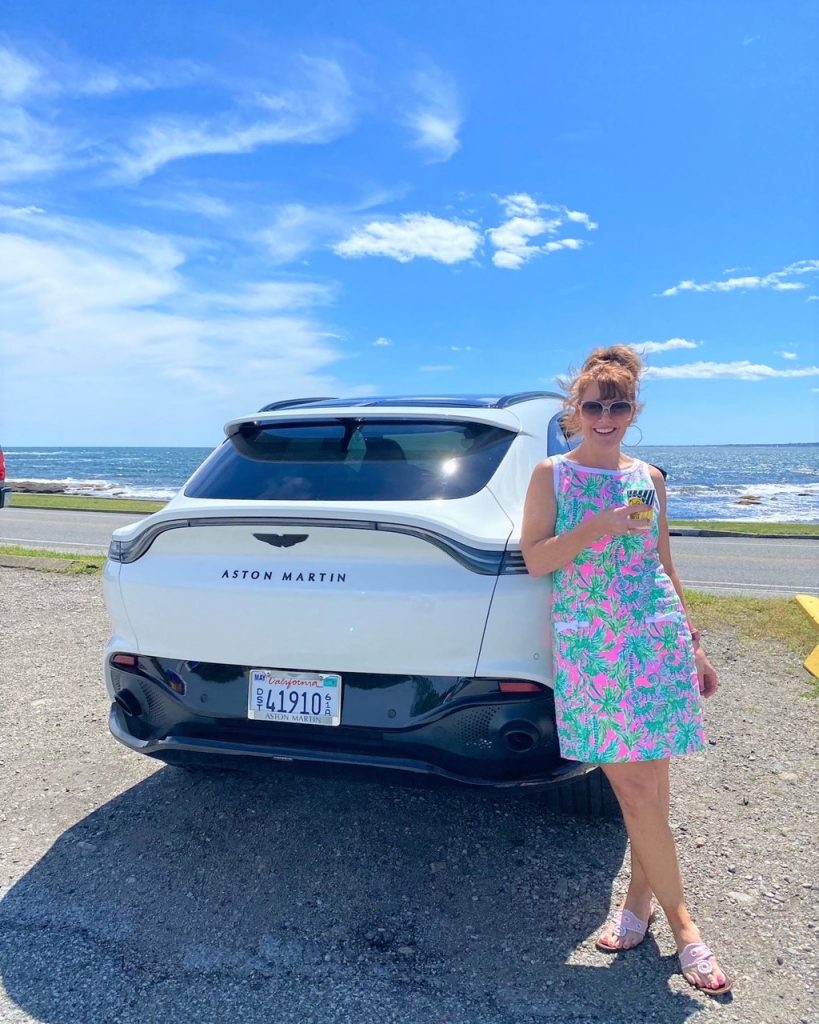 Being a writer means there’s likely going to plenty of times in your life where you’ll say, “I can’t believe this is really happening right now.” (There are also days you’re saying, “please, somebody buy my story.”) Aston Martin wanting to ship their first ever luxury SUV directly from Wales to Boston to my driveway was the former. Praise be!

When the gleaming white stunner arrived, I was dumbfounded. I sat in the driver’s seat and literally didn’t know how to even turn it on. After conquering that hurdle, I was then paralyzed with fear of actually having to drive the $219,000 vehicle around Newport during the peak of summer (read: tourist/less than stellar driver season) without getting even the slightest scratch. Nevertheless, I persisted.

First, a moment to gush over the lush interior … The stitching: the brogue detailing on the seating throughout is unbelievable. It’s like sitting in a Tom Ford men’s dress shoe. I was told the craftsmanship is so precise that the factory in Wales where they are made can tell who personally stitched each seat because of the distinct workmanship. Second, performance: give me a twin-turbo V-8 engine that purrs able to go from 0 to 60 in 4.3 seconds (I put this to the test) 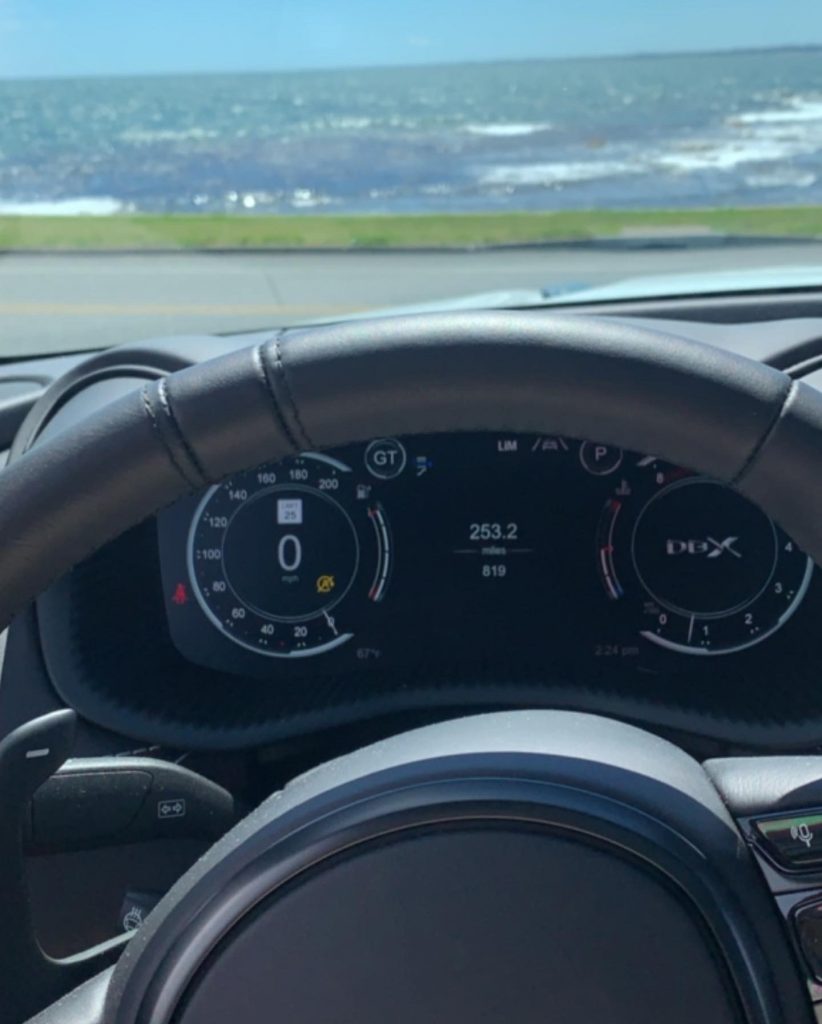 any day of the week. Third: the bells and whistles. Panoramic sunroof, buttery soft Bridge of Weir leather throughout, 10′ nav system with Apple CarPlay, iPhone integration with four USB ports, ambient lighting in two zones with more than 60 color choices  — the whole nine (I mean, one of the options is a ski boot warmer).

So where’d we venture with this cushy, ultra lux cruiser? Time and schedule forced me to stay on island, so a swing around Ocean Drive, a stop at Breton Point for a Del’s, out for dinner at Bar ‘Cino, and … errands. Stop and Shop, Walmart (needed a birthday party gift!) and a child’s emergency dental appointment … all in a car that cost more than many houses. Hey, things need to get done, no matter what wheel you’re sitting behind.

While frivolous, one of my favorite features was that the console had the perfect space to tuck your purse or clutch. How many times do we place our bag on the passenger only to fumble with it when we pick up a friend? Then we both have to toss our bags in the backseat, yet in all 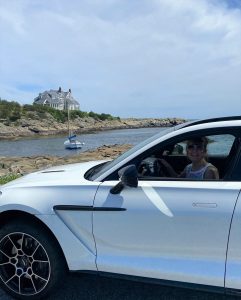 likelihood, we will need something in our bag along the way. This space made complete sense and designers, I thank you.

I mention the car in a syndicated piece, picked up by more than 45 publications, which took on two angles: Charming New England Towns to See This Summer or 6 Charming Road Trips Through New England.

They were fun to write and highlight some of my favorite regional destinations.

Alas, I had to sadly turn the DBX over, but not after a few good spins around the City by the Sea!

Previous Post: « The Sipping Terrace at Ocean House: A Feast for the Senses
Next Post: Rhode Trip: Wanna Feel Like You’re In a Hallmark Christmas Movie? Welcome to Dutchess County »